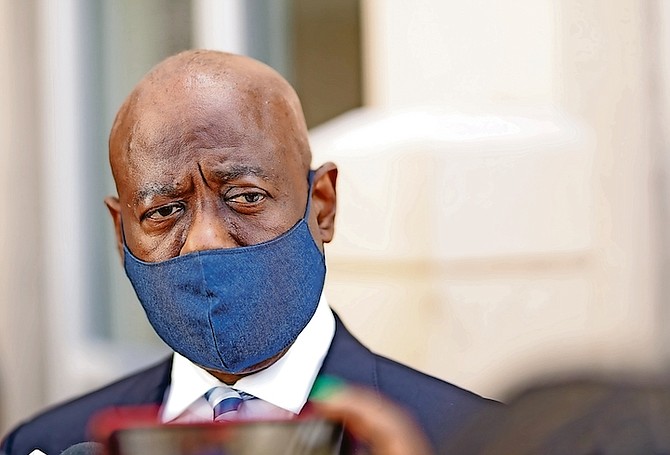 Journalist of the Tribune

SOCIAL Services and Urban Development Minister Obie Wilchcombe said yesterday that some 4,000 Bahamians who received aid from the government’s national food distribution program have now been added to his ministry’s aid list since the end of the food initiative.

According to Wilchcombe, these figures are expected to increase in the coming days as some 18,000 households have been assisted under the program in its final stages.

To meet demand, he said officials were working to introduce a new food program to replace the old one, which officially ended earlier this week.

“I think we inherit about 4,000 I was told, but I expect the number to increase, but we are putting in place a program that would be systemic in the sense that no one would be left behind. aside, “he said before going to a cabinet. meet Tuesday. “These 4,000 that we inherit from the program… this is on top of what we are already providing.

When asked yesterday if the social agency was ready to handle the influx, Wilchcombe suggested his department will need to be resourceful to meet the high demand.

He also warned that there would be budget cuts in some areas to accommodate major welfare initiatives.

“We’re going to have to find ways to do it,” he said. “The reality is that Bahamians are suffering. We will not leave anyone behind. We’re going to go after taking care of the Bahamian people. We have to cut some costs (in) some places and in fact we found out that we are renting out buildings and not even in the social services building.

“We have been renting facilities since 2018 that cost millions of dollars and we are not in the building, so you know we have to cut back. We are going to look at exactly what is going on and we are going to fix it, but no Bahamian will be left behind in what we are trying to do.

The National Food Distribution Program was one of many initiatives formed by the Minnis administration in 2020 to help vulnerable Bahamians affected by the COVID-19 pandemic.

It was originally scheduled to end in August of the same year, but was later extended several times due to high demand.

Last week, Wilchcombe questioned some of the choices the Minnis administration had made regarding the program, including its weekly cost which was estimated to be some $ 768,000.

“The difficulty is for me, well, it’s the responsibility of social services, so why do we need a second group to do it?” Social services can continue their programs by providing food and support to the people of the Bahamas, ”he said yesterday.

He also responded to the Chair of the Food Working Group, Ms. Susan Larson, who recently championed the food initiative and explained that “the money goes fast” when you consider the 18,000 households that have. still need food aid this year.

However, Mr Wilchcombe told reporters yesterday that he still stands by his previous comments.

“It’s okay, she can fight back, but I think everything they did at the time was not, in my opinion, fully discussed as we were (delivering) what the Bahamian people really needed and if you had to spend that much, they might consider another approach, ”Mr. Wilchcombe added.

“But maybe in the moment of desperation and (when) trying to come up with a plan, they came up with that plan, but that’s okay. The reviews don’t bother me. All I know is that we will meet the needs of Bahamians and meet their demands. “

Mr Wilchcombe was also asked yesterday if his ministry would seek to reintroduce the visa cards used by the Christie administration for those eligible for social service benefits.

To which he replied, “Absolutely, it should have happened a long time ago. “

Are you looking for a black therapist? Discover Tolonda Tate – Le Famuan