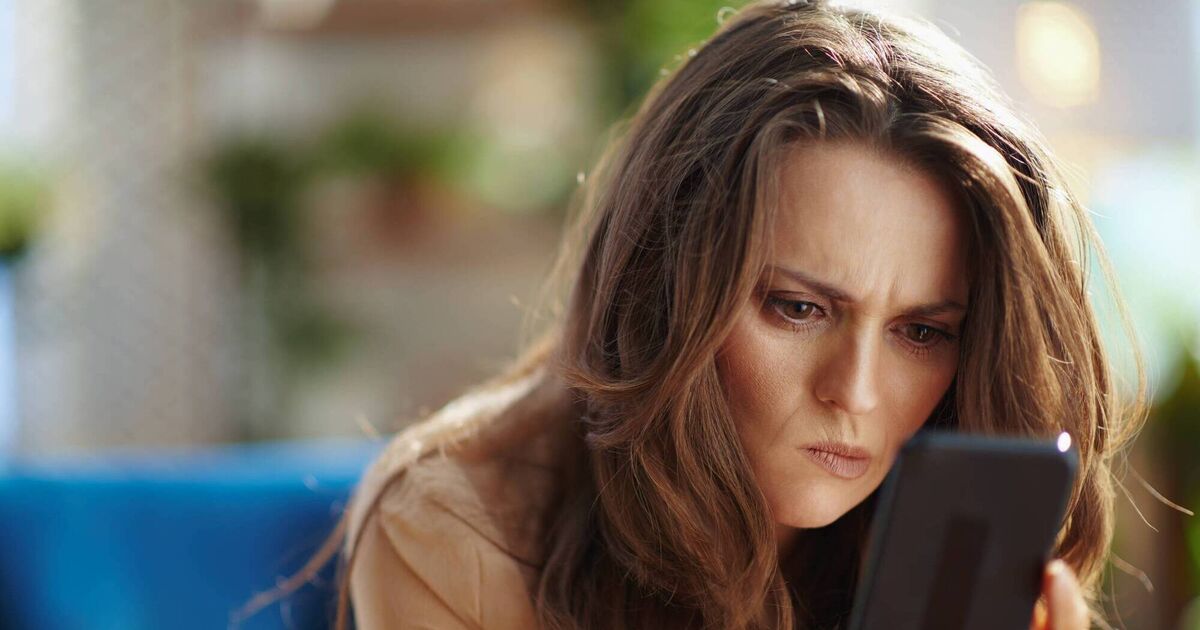 Are you guilty of doomscrolling? What it is

A specific kind of restlessness settles on my shoulders as I jump from news apps to social media feeds. Ten minutes pass. Twenty. The same words pop up when I click to expand, skim through articles and hit the back button to scroll again, get lost in threads, get enraged by comments and only digest pockets of brief but consistent that grab my attention in a very limited and destructive way.

Completely lost in an endless stream, half an hour disappeared. Almost everything I’ve read or watched has been discouraging, depressing, sad, unsettling, and difficult because my brain has wired itself to examine the negative. I find it hard to put my phone down, and if I do, I’m quick to pick it up. Scrolling endlessly for nothing new to validate the anxiety and tension invading my body.

Sound familiar? It’s doomscrolling, and it’s become rampant over the past few years as we find ourselves consumed by panic, chaos, confusion, and worry. As a result, we struggle to find hope, safety, security, and control in our troubled world as we navigate disasters in the online arena.

In a study by Lensstore, Ireland ranked sixth in Europe for scrolling the most on phones. Irish people have been found to spend an average of 2 hours 24 minutes a day scrolling, with the likelihood of doomscrolling in our current climate higher than usual. After all, in times of crisis and uncertainty, we tend to pay more attention to current affairs to find answers and make sense of our world. While many of us may not realize we’re doomscrolling until a significant chunk of time has passed in what feels like minutes, many of us have probably succumbed to scrolling on our devices in a harmful and harmful way.

Hilda Burke, psychotherapist, marriage counselor and author of The Phone Addiction Workbook, notes that she has anecdotally witnessed a link between doomscrolling and anxiety and insomnia, especially in those seeking unfavorable news. before going to bed. “I think there’s always been a tendency to focus on negative news,” Burke says. “That’s why we can’t help but stare at a car accident. The front page of our newspapers is usually where the most negative news is. It attracts us, and that’s why they are displayed so prominently.”

Doomscrolling is essentially a human reaction to everything we’re going through right now. The world turns, and we turn or rather march with it. We react by constantly searching for answers because our primitive brain is working hard to keep us alive. He perceives a threat and therefore we are suspended in a suspended state of high alert.

In addition to our spiraling world, we are inundated with constant media coverage of every real and potential threat with sensational headlines to grab and feed us. Social media apps use algorithms that show harmful content to vulnerable users with insufficient user control. And let’s not forget that we are overwhelmed by all sides of the argument, very opinionated peers, keyboard warriors and trolls, and relentless fake news. At this point in the crisis, many of us have a broken filter and anything negative seeps in easily, but scrolling has become a social media-boosted addiction.

Rebecca Lockwood, Neuro-Linguistic Programming Coach, says, “When you post an update on social media that gets engagement, you’re instantly hit with a dose of dopamine. Dopamine is one of the neurotransmitters in the brain that helps to send emotional responses to the body and see the rewards.” . The body then takes action to obtain rewards. When it comes to social media, likes and comments are the ‘rewards’ that can become extremely addictive, leaving us scrolling endlessly without even realizing it.”

To counter the ill effects of scrolling, including poor mental health, insomnia, stress, panic, and worry, Burke advises choosing an image as our phone’s screensaver or a word that represents what we would rather do instead of constantly scrolling. “Given most of us check our phones 55 times a day and some of us even 100 times,” she says, “it’s a great visual reminder of a more valuable way to spend our time. precious.”

She also advocates what she calls standby training. “Start planning for short periods when your phone is off or left at home and gradually increase the waiting period until you check it again,” she says. “That’s how I started cutting back on my phone usage. Having a taste of clear headspace, it inspired me to carve out longer periods when I didn’t have my phone on me.”

Lockwood also reinforces simple brain training methods to reduce our addiction to scrolling, including checking your phone at specific times, turning off notifications, leaving the phone in another room, and deleting social media apps. While all of these methods seem simplified and obvious, they can be some of the hardest things to do with a social media addiction.

“Setting an allotted time to scroll your phone is an extremely effective method of reducing your screen time,” says Lockwood. “By doing so, you will become much more present both with yourself and with the people around you.”

The same can be said for turning off notifications and putting your phone aside. “For some, turning off their notifications may not be enough to stay away from their devices,” says Lockwood. “Creating some distance between you and your phone is important, especially when spending quality time with a loved one. By doing so, you make room for real connections and conversations.”

Deleting social media apps can be a big and daunting step for many of us, but there’s a valid reason to do it. Some apps can have the most impact on our doomscrolling. For me, it’s Twitter. The relentless negativity is all-consuming as I flip through threads and read each callously judgmental comment.

Lockwood’s suggestion to remove apps will help reduce the habit and time spent scrolling and reduce the negative impact social media can have. Although my use of Twitter amplifies my doomscrolling, I also use the app for work, so deleting it is an impractical solution. Instead, I attempted to train myself to be aware of my approach to scrolling.

Doomscrolling is a mindless habit driven by fear. It’s all fingers and thumbs and dry eyes. Burke reminds us that the Dalai Lama said, “Whether the effect of technology is good or bad depends on the user. It is important that we are not slaves to technology; that should help us.

“To that end,” Burke says, “it’s up to us to manage our phone use and manage our exposure to negative news.”

This means checking in with ourselves more often and asking ourselves how it makes us feel as we receive unnecessary and overwhelming content. This means finding another activity to counter the constant scrolling and actively telling yourself Stop!

Limiting our doomscrolling habits allows us to take control, feel more secure, and reframe our thoughts about certain situations. The world can be scary. Control the controllable.