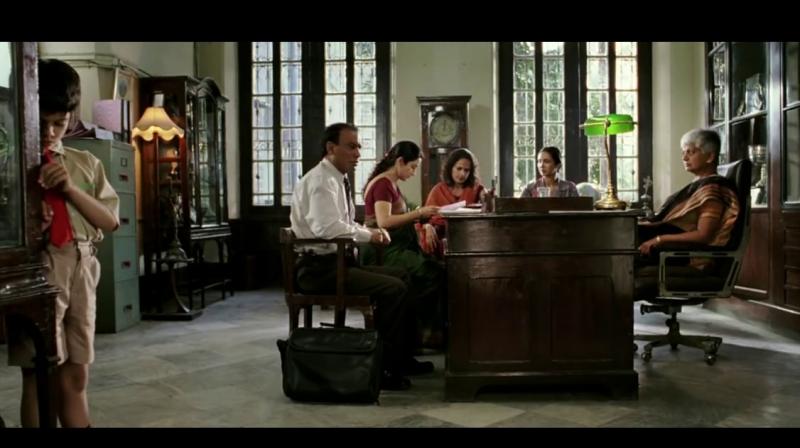 RCI Licensed Psychologist, Certified Relationship Counselor and well-known child psychologist Dr Neha Mehta explains the effects of coercive control and emotional abuse on children. “Most parents and teachers threaten and pressure children to think or behave in a way they feel is right,” says Dr Mehta. “In turn, this removes the possibility for the child to go through the different stages of his development. When parents compare their children to others and use the difficult method to educate and taunt them, prey on their disabilities and demean them, pamper one brother and ignore the other or demotivate them, it takes away the confidence of the child. child, resulting in emotionally underdeveloped children with no decision-making skills or self-esteem. They also show abusive and antisocial behavior among other mental health disorders.
Dr Mehta insists that, whatever the reason, berating your children by saying things like, “Why don’t you study? “I have to work so hard for you” etc. is a big no-no and does more harm than good to a child’s psychology. In fact, if a child even witnesses coercive abuse of a family member, the child can adapt such behaviors on their own.

What is coercive violence?
Holistic psychologist Dr Vidhya Nair explains how to identify coercive abuse. Coercive abuse, she says, involves one person’s attempts to frighten, control or isolate another. “It’s in the abuser’s words and actions, and in their persistent behaviors using emotions to criticize, embarrass, shame, blame or manipulate another person,” says Dr Nair, who is trained in psychotherapy. , hypnotherapy, cognitive behavioral therapy, fusion of neurolinguistic psychology programming, study of the subconscious, neuroscience and biology to heal an individual.

Unfortunately, according to Aarathi Selvan, clinical psychologist and founder and director of “Pause and Perspective” (a Hyderabad-based mental health care organization), coercive control can sometimes be difficult to identify.
“In a typical patriarchal system where cis-heteronormative ideas of relationship are most deeply pervasive, even the media idealizes such coercive control,” says Aarthi, who uses the 2017 film Arjun Reddy as an example. “The film is a good example of coercive control in intimate relationships. Possessiveness, acting from a place of jealousy, which includes insisting on keeping phones unlocked, snooping around partner’s phones, constantly doubting whether the partner is dishonest or not transparent about the people they are with outside of their relationship. relationship are some examples of coercive control. It is also a coercive control when the partners do not engage in a healthy separation.

Aarathi Selvan further emphasizes neglected forms of coercive control. “In such cases, in cis-heteronormative relationships, the man (gender is only used to facilitate explanation) may know that the woman is not interested in him, but he is still chasing her, flirting. with her, pushes him for a night out, etc. “says Aarathi.” People who engage in such coercive behavior can appear charming and even make sense with words. In such cases, the coercive behavior may appear innocent due to socialization.

Even so, Aarathi points out, it is important to understand that the lawsuit, while fictionalized, is harassment when there is no clarity from people about what they want for themselves or when they want to be. in a relationship or leave it.
“Honest communication and respect for where people are, while hard to digest in the short term, can really strengthen the hope we bring to relationships and build secure and loving relationships over time,” she adds.

Blame the victim and target the weakness
Dr Nair, the holistic psychologist, also points out that very often the victim tends to deny the abuse or hope to remedy it.
“This is mainly because the abuser tends to make them believe it is their fault and to feel weak (by attacking their self-esteem) or even to control them by attacking their weakness,” says Dr. Nair. “For example, if the abuser knows that we are afraid of public shame, he may threaten to shame the latter publicly if he has not listened to him. Also, there is often confusion, fear, hopelessness, shame and self-blame. The victim feels stuck in such circumstances and such emotional turmoil can lead to behavioral and physical side effects. “

Effects of psychological violence
Dr Vidhya Nair shares that abused people may experience difficulty concentrating, mood swings, muscle tension, nightmares, rapid heartbeat, various aches and pains. “This, in turn, tends to weaken them even more,” she adds. “Studies show that severe psychological violence has as much impact as physical violence. Over time, both can contribute to low self-esteem and depression. Individuals tend to lose their identity and self-esteem, also developing anxiety, chronic pain, guilt, insomnia, social withdrawal or loneliness. Abusive relationships also tend to develop co-dependency, which makes it difficult for a person to cope. In some cases, long-term emotional abuse also leads to PTSD.

Break the cycle of abuse
Holistic Psychologist Dr Vidhya Nair shares tips on how to break free from the mentally and emotionally draining cycle of perpetual emotional abuse. act accordingly. Know that you don’t have to live that way. If you are concerned about physical violence, notify the emergency services. Even in cases of violence which does not involve physical violence, one can call the counseling services / helplines nearby, ”says Dr Nair.
Accept that the abuse is not your responsibility: Don’t try to reason with your abuser. You might want to help, but they’re unlikely to break this pattern of behavior without professional help. It is their responsibility.
Disengage and set personal limits: Decide not to react to abuse or get caught up in arguments and stick to it. Limit exposure to the abuser as much as possible.
Leave the relationship or circumstance: If possible, cut all ties. Make it clear that it’s over and don’t look back.
Ask for help: Reach out to supportive friends and family. Find a therapist to help you recover.
Give yourself time to heal: Make yourself a priority and be kind and compassionate to yourself. Start with small self-care steps.