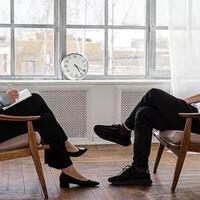 Psychologists have warned of hundreds of unlicensed therapists working with titles like “life coach” and “NLP expert.”

Aslı Çarkoğlu, an associate professor in the department of psychology at Kadir Has University, said Turkish mental health regulations have not been fully updated since the 1930s.

“There is no clear dividing line as to who can work in mental health and under what rules. Thus, we cannot intervene in cases of mental health abuse and misinformation given by unlicensed therapists,” she added.

“For example, they talk about therapy programs without any scientific basis. There are methods that are not included in the psychology or psychiatry literature,” Çarkoğlu said.

Advertisements for neuro-linguistic programming (NLP) and emotional detox have caused controversy around the world in recent years.

For example, NLP is defined as “a pseudo-scientific approach” to communication and personal development created in the United States in the 1970s.

“We want new legislation because many abused people take the services of people who are not qualified psychologists,” said Özgün Ergin, a member of the Turkish Association of Psychologists’ ethics committee.

“There has been a growing demand to see a psychologist in society. We have seen many people and institutions calling themselves psychologists or consultants and financially exploiting people, including through social media,” he said.

In many videos posted on social media, people are misled about mental health issues, he added.

The first book in the Peak Performance series becomes a bestseller

Minister of Health calls for equal treatment of patients