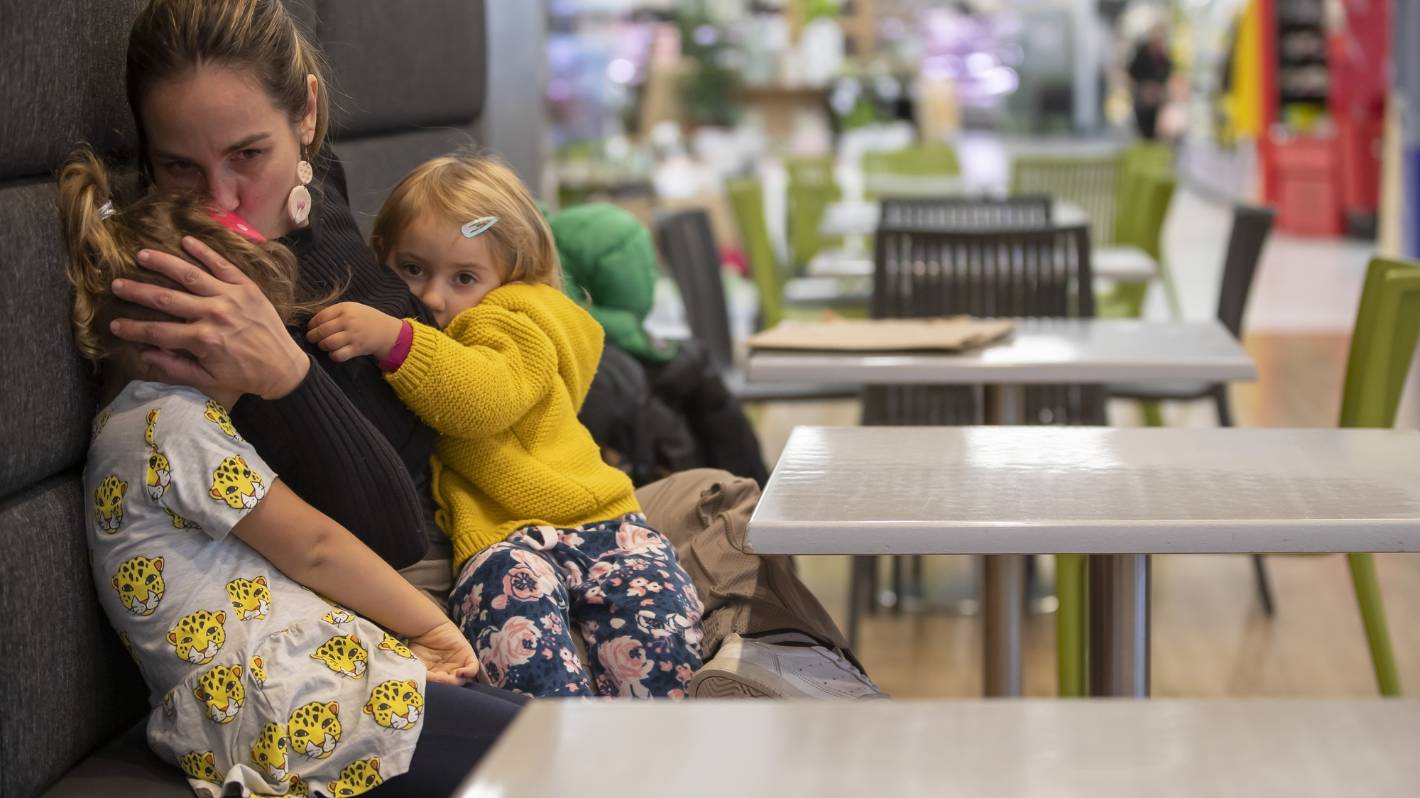 Breastfeeding is a “very normal, fun and special” thing for Raquel Magliari, who has been doing it for four years – including 18 months of “tandem feeding” her daughters.

“If we can have our coffee to go, our babies can have milk to go,” says the Brazilian New Zealand mother-of-two.

But the breastfeeding enthusiast is aware that she hasn’t experienced the pressures that lead some women to wean their babies earlier than they would like, or not to breastfeed at all, such as not having to go back. at work.

READ MORE:
* How breastfeeding could fight climate change
* Breastfeeding should not be imposed on women
* Auckland’s birthing center is one of the best in the country for breastfeeding

Nationally, only 80% of babies were exclusively or mainly breastfed when discharged from a maternity ward in 2021, down 1% from the previous year, according to new data from the Ministry of Health. Health.

Maternity wards in Auckland, Wellington and Christchurch were among those with the biggest declines, but five of New Zealand’s 20 District Health Boards (DHBs) fell short of the ministry’s target of 75 % of babies exclusively breastfed at discharge.

Breastfeeding is a “very normal, fun and special” thing for many women, Magliari says, but rates are falling in part because of a pushback against breastfeeding promotion.

By the time the babies were 3 months old, only 59% were still solely or mainly breastfed.

The ministry recommends exclusive breastfeeding until babies are around 6 months old, with widely known associated health benefits for babies and mothers.

Canterbury Breastfeeding Advocacy Service co-ordinator Kelly Dorgan said even the current rates were not ‘sustainable’ given the challenges facing the maternity sector.

Mothers felt compelled to return to work, support services were culturally inadequate, and there was a lack of skilled maternity staff.

A refusal to promote breastfeeding, which failed to recognize the challenges some women faced, may have resulted in a loss of confidence to breastfeed in public as well, she said.

A recent survey of 74 women in Christchurch found almost a quarter felt “fairly anxious” or “not very confident” about breastfeeding in public.

Most (65%) felt that signage would help mothers feel more confident about breastfeeding their babies in public.

One participant said, “I would then feel like if another customer was rude to me, the store, etc., was on my side. »

A breastfeeding-friendly cafe project, started around seven years ago, encouraged businesses to put up a sign or sticker with the message “breastfeeding is welcome here”.

Dorgan said there had been some pushback over signage over the past five years, with some cafe owners saying they didn’t want non-breastfeeders to feel pressured or judged.

The Canterbury Breastfeeding Advocacy Service has developed a new message – ‘we fully support breastfeeding and all other forms of care and nourishment’ – and is piloting poster and sticker designs.

Dorgan said survey participants made it clear they didn’t need a sign to know they could breastfeed anywhere, but felt it would help raise awareness “that breastfeeding is a normal thing that happens in a public place”.

“We know our society sexualizes the breast, so some spoke of their anxiety about inadvertently showing their breast, and covering it was what made it manageable.”

Dorgan said the promotion of breastfeeding was initially aimed at increasing the practice from the lowest levels on record in 1971, but acknowledged the efforts had caused “sorrow and shame” for women who could not breastfeed. .

“Now we’re trying to find ways to continue to promote breastfeeding…without creating this incredible sense of pressure, especially on women, to make it work.”

Dorgan said that while the physiological benefits of breastfeeding were widely understood, it was important to remember its place in a larger context for individuals and whānau.

Magliari said she became a breastfeeding peer support volunteer because of her positive experience.

She ‘freaked out’ during her first pregnancy with daughter Flora, now 4, but still expected her to breastfeed.

“My mother breastfed me until I was two and a half years old. I never thought of any other way.

Advice from a lactation consultant at St George’s Maternity Hospital after Flora’s birth was a big help, as was support from friends, Magliari said.

When her second daughter Alma was born, Flora was 26 months old and Magliari felt comfortable continuing to breastfeed her and newborn Alma.

In December last year, when Flora was 3 years and 8 months old, Magliari grew tired of feeding her and discussed weaning.

“On a very special day, we woke up and I said ‘hey, today is going to be our last meal,’ and she agreed, and we had a little celebration of that.”

After a brief but painful episode of mastitis the first week after the birth of her first daughter, Magliari said she became very confident about breastfeeding – including in public – and never felt any discomfort. negativity about it.

“I know my rights, my baby’s rights. If you’re not happy with what you see, it’s not me, it’s you.

Correction: Five District Health Boards, not 15, were not meeting the ministry’s breastfeeding target.