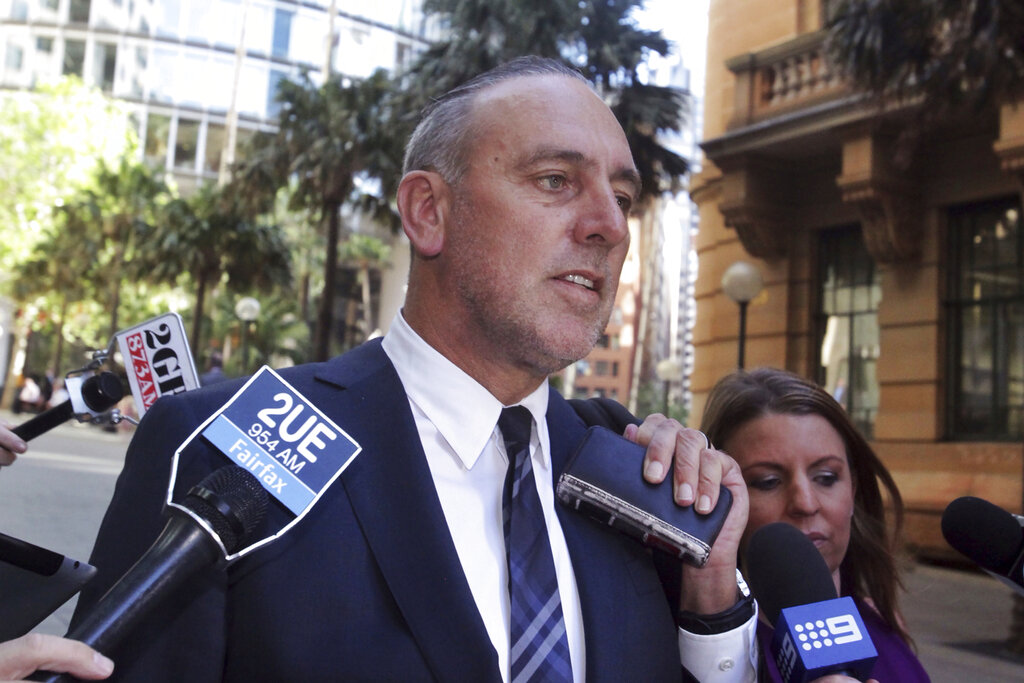 (NewsNation) – As global megachurch Hillsong fights criminal charges against its former leader, another former high-ranking member of the organization claims the church’s founder knew about allegations of sexual abuse by his father in the early 90s.

Hillsong – a massive organization present in 30 countries – has come under fire in recent years, with leader Brian Houston facing a criminal charge for allegedly covering up the pedophilia of his father, church founder Frank Houston. Brian Houston resigned from the church earlier this year after an internal investigation revealed details of his own inappropriate behavior with two women.

A Hillsong leader from the early days of the church, Geoff Bullock, spoke publicly to NewsNation for the first time about his departure from the church in 1995 and his current turmoil. Watch Bullock’s full interview on NewsNation Prime Friday at 8/7 Central. Don’t know how to find us? Use NewsNation’s Channel Finder app here.

Former Hillsong Member: The Church Covered Up My Assault

Bullock says he founded “The Hills Christian Life Center” with Brian Houston in 1983 outside Sydney, which later became Hillsong Church. He says he even named the church. Bullock oversaw music and production for all departments for over a decade and many of the songs he wrote became worldwide hits. When asked if the world is witnessing the beginning of the end of his old church, Bullock replied:

“It’s definitely the start of a huge change and what the (Hillsong Church leaders) are facing now is whether they continue to protect the institution and try to get out of it or they’re brutally honest with themselves and really honest.”

Neither Brian Houston nor Hillsong Church responded to NewsNation’s requests for comment.

In August 2021, Brian Houston was charged by Sydney Police with covering up child sex offenses allegedly committed by his father in the 1970s. Although he denies knowledge of his father’s abuse before 1999, Bullock claims that Brian Houston knew about it long before that.

The alleged victim of Frank Houston told the Sydney Morning Herald in 2006 that he was training to be a pastor at the time of the abuse and claimed the gay conversion counseling sessions with the elder Houston were “nothing more than sexual abuse”.

Bullock says Brian Houston told him about the allegations himself before Bullock left Hillsong in 1995.

“Franc [Brian Houston’s father] performed rituals with him to try to cure him of his homosexual tendencies, that was deviant behavior,” Bullock said. “This story came out after 1999 when Brian said he found out about his father’s behavior, but unfortunately the story was known in the early 90s by a few senior members of what was then the Assemblies of God. And I know it because I knew it.

“And the senior ministers, senior pastors in New South Wales also knew that. Now can I tell you how hard that is to say, and it really makes me shudder, but there you go. It’s the truth,” Bullock said.

So why speak now, nearly three decades after leaving the church?

“It only took me until recently to be able to express myself and speak clearly about my experiences without feeling like I was doing anything wrong,” Bullock said. “The further (the unrest in the church) has progressed, the more I feel I have a responsibility to speak out. I’ve been through it and there’s a multitude of hurt people that I think I need to start the story of. and I hope it gives people the courage to tell their story,” he added.

‘I don’t see much of Jesus‘

As the person who helped start Hillsong Church, Bullock says today he hasn’t seen the church since the early days.

So where does the money go?

“It’s a great institution. real estate; their audiovisual production facilities are top-notch; they hold seminars all over the world,” he said. “But what worries me is that they have every right to print money. Because basically they have unpaid workers and a lot of their workers go to Bible college, so they pay to work. Eighty percent of its income goes to them.

The Hillsong Phoenix pastor told his congregation last month that Hillsong leaders had given him an ultimatum.

“It has come down to the last few weeks asking that we sign non-disclosure and non-compete agreements,” Pastor Terry Crist said in a sermon. During that same sermon, Crist told his congregation that he was going to part ways with Hillsong, renaming the church City of Grace.

Bullock believes Hillsong was trying to keep people from being honest by asking members to sign nondisclosure agreements.

“I mean, it’s kind of ridiculous. Why are they forcing people to sign nondisclosure agreements? Because they are afraid.

“THEY DECLARED WAR ON ME”

After more than a decade at church, Bullock says he left Hillsong in 1995 because he was uncomfortable with his faith and the culture of the church. But when he left, Bullock says they turned on him.

“I didn’t realize I was declaring war – that’s a dirty word, but Hillsong wasn’t a place you left. It’s a place you were sent from. They canceled me like I didn’t exist,” Bullock said.

When he left, Bullock says Brian Houston wrote a letter to many Assemblies of God and churches in Australia, telling them not to sing any of his new songs. He also became an outcast.

“I lost all my friends. I lost all my contacts in the Hillsong church community, the church network,” he said.

“They declared war on me. In the early 2000s, I met one of their elders, a man named Nabi Saleh. And he looked me in the eye and said, ‘Geoff, you know we tried to destroy you?’ And I said, ‘Nabi, why?’ I don’t remember his exact words, but it was something like, “Well, we thought you were going to try to destroy us.”

Saleh, the former executive chairman of Gloria Jean’s Coffees, is listed as a board member of Hillsong Global. He did not respond to our request for comment.