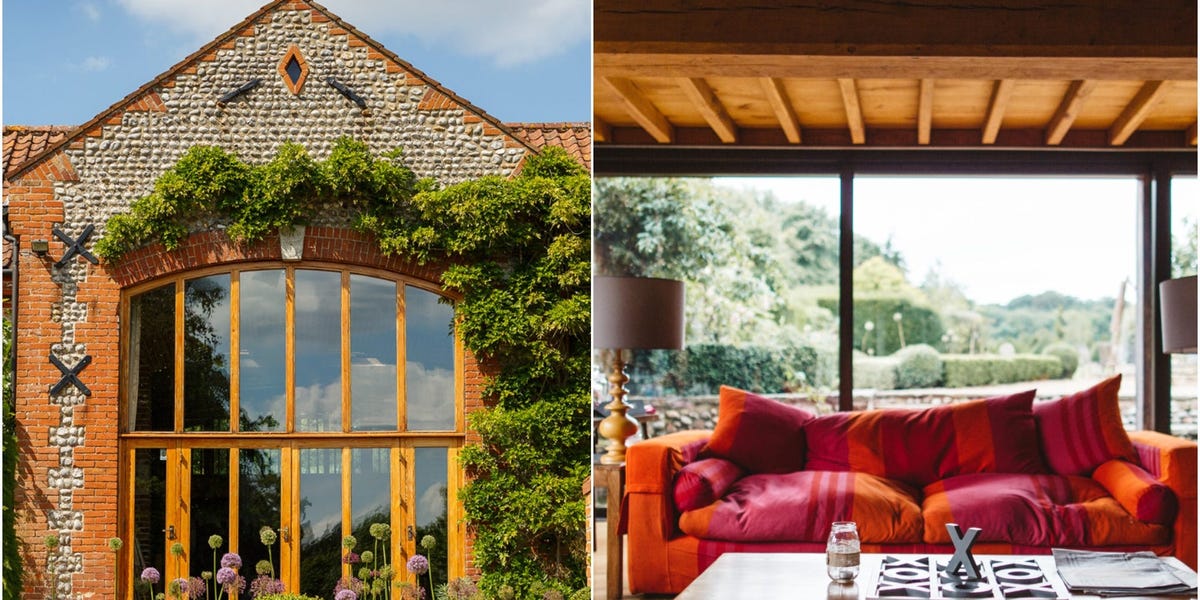 “Where do people with broken hearts go? There’s just nowhere for us there.” That was the question asked by Alice Haddon, founder of The Heartbreak Hotel, and her business partner, Ruth Field, before launching the retreat in September, Field told Insider.

The Heartbreak Hotel is a three-night retreat that was launched in Norfolk on the east coast of England. It’s exclusively for women dealing with grief and loss, and costs £2,500, or around $3,255. This equates to approximately $1,085 per night.

Although the name suggests The Heartbreak Hotel is a physical location, Field explained that it is not a hotel but a retreat held at different locations throughout the year. The first retreat in November was at Chaucer Barn, a 9 bedroom property in Norfolk, England.

During the retreat, guests are offered group therapy sessions from Haddon, who is a counseling psychologist with more than 25 years of experience, according to the Heartbreak Hotel website. Other activities included in the price of the retreat are yoga, beach walks, wild swimming and plant-based meals from the company’s “grief chef,” Field told Insider.

She added that guests are provided with hot water bottles, blankets and notebooks to make them feel comforted and taken care of.

Haddon was inspired to create the retreat after her mother died during the first COVID-19 lockdown in 2020, according to Field. She said it made Haddon wonder what people need most when dealing with heartbreak and grief.

“She noticed how important it was to not have to make decisions, to have a blanket and a hot water bottle, and to just be taken care of,” Field told Insider. “It’s an experience we don’t often have as women because we’re busy taking care of others.”

Field added that the retreat breaks the structure of traditional therapy, as it offers what she said is the equivalent of eight hours of therapy per day.

“Is the therapy really suitable for this damn 50-minute session? Champ said. “It’s a deeper healing experience, and guests who do it together have more empathy for each other.”

Field told Insider that the retreat was attended by those going through breakups, divorces and losses, and that attendees either discovered the retreat on their own or, in some cases, it was gifted to them by a friend. friend or relative. She said many women attend the solo retreat without knowing anyone beforehand.

The Library of Letters page on the retreat’s website shares anonymous reviews from past guests that provide insight into what it’s like to attend. While several people praised Haddon’s therapy in their reviews, others spoke of a group exercise that involved writing a letter about grief and betrayal.

“As noted, I had written a letter of my betrayal and read it that first evening, as I sat in front of a roaring log fire and with a warm ‘mug’ in my hands,” the woman wrote. nobody.

“I felt so alone, unloved, desperately sad and upset. By the time I wrote the second letter to myself three nights later, I felt and looked like a different woman,” they added.