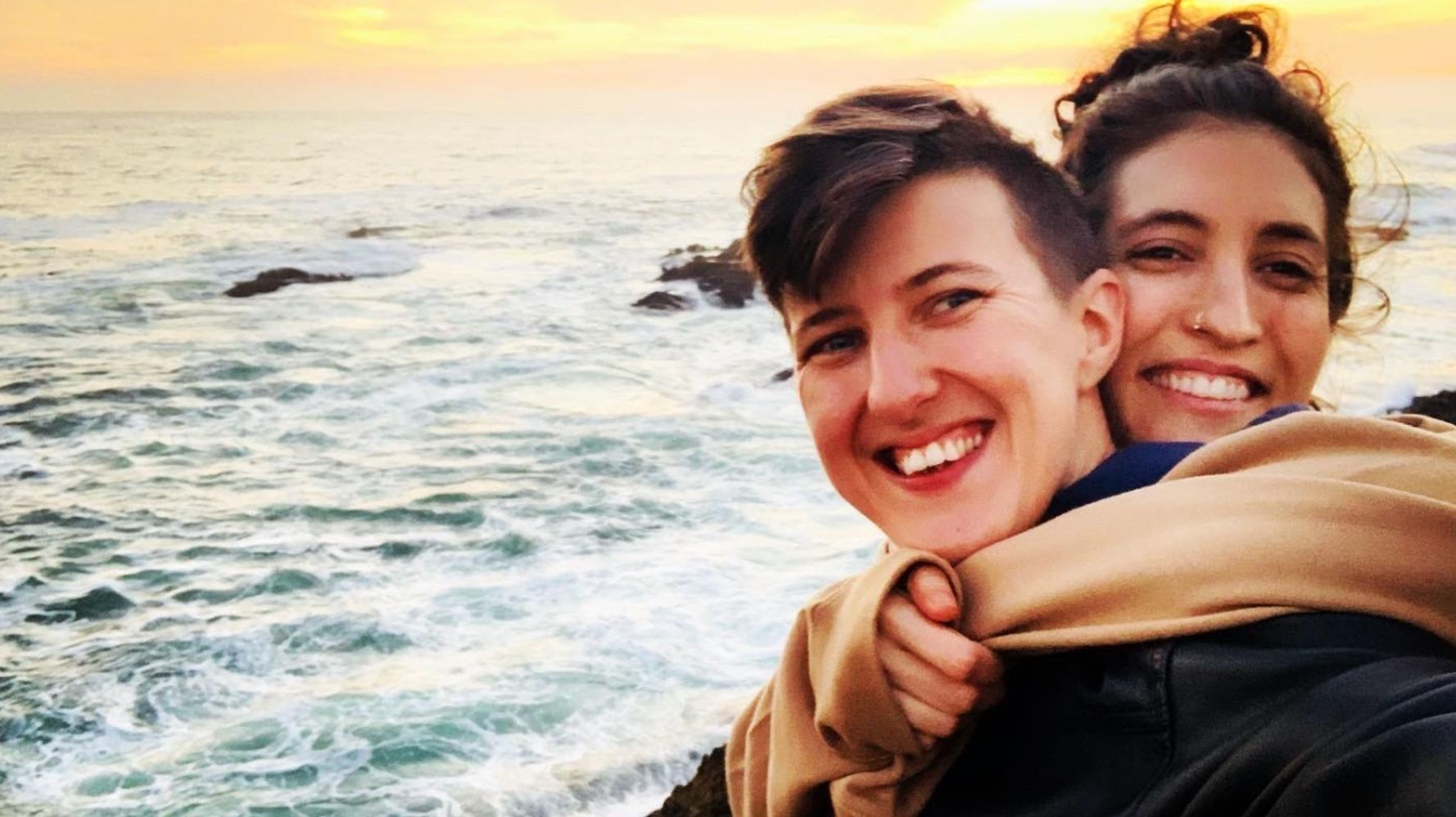 It was 2015 and the summer was historic: the Supreme Court had just ruled that all 50 states were required to recognize marriages of same-sex couples on the same terms as marriages of heterosexual couples. I was 22 years old; my partner, Liam, was 29. Our relationship was new and we wanted to impress each other, so we shared a liter of honey whiskey and danced through San Francisco.

People had rainbows painted on their arms and purple glitter dusted on their cheeks. Laughter and roars echoed through the city, mingled with the smells of sugar, grease and alcohol. That night, Liam and I found ourselves in clubs, against cypresses and in a secluded park, where a man yelled at us.

“Hey!” he said running in our direction.

Liam and I looked at each other, turned around and ran to the ocean, where we caught our breath, drank more whiskey, laughed and made love again.

For three years, Liam and I met in parks, parties, cars and alleys. For us, it was an act of defiance against anyone – nuclear family members, acquaintances, strangers – who told us to tone down our homosexuality. We had sex in three different bathrooms on our wedding day at San Francisco City Hall, and I drank so much tequila that the bars turned to fluorescent red pulp.

During the day, Liam and I worked together and produced marketing content; at night we took pictures. On weekends, we sat by a green lake and drank from bottles covered with brown paper. Liam and I had sober sex, yes, but I relied on booze to get out the stops, the roleplays, and the lingerie.

One evening, two years after our marriage, Liam asked a simple question:

“Have you ever imagined a life without alcohol?

The tone of his voice was curious, not accusatory.

I was drunk, so I was honest.

“No, because sober sex scares me,” I said.

Liam nodded, as if anticipating my response.

A year ago, Liam and I started seeing a couples counselor, whom I will call Anne. At first we asked for advice because our arguments were sharp and constant. I drank more than usual and hid the amount I had consumed.

Anne wore thick turquoise earrings and red-rimmed glasses, and asked specific questions about our personal stories. Her presence added nuance and depth to our conversations: she helped me identify what prompted me to drink in the first place.

My pain was rooted in a lifetime of undiagnosed post-traumatic stress disorder, a byproduct of an unstable childhood and adolescence. Liam’s pain was rooted in anxiety, depression and shame. Alcohol was just a balm for wounds we didn’t want to name.

Through Anne’s guidance, we learned that our pain and the way we choose to numb it was (unfortunately) quite common. The historical exclusion of the LGBTQIA community obviously impacts our mental health. According to the Alcohol Rehab Guide, “up to 25% of the general LGBTQ+ community have moderate alcohol dependence, compared to 5-10% of the general population.” I started drinking when I was a teenager and I haven’t stopped.

I took shots of tequila before several counseling sessions. No one commented on my behavior, which made me realize that I must have looked absent even while sober.

At night, drunk, I found myself Googling questions I already knew the answers to:

Can I drink every night without dying? (It depends on how generously you define “die”.)

On January 1, 2021, Liam and I decided to quit drinking for the month. After 30 days, a friend invited us over for margaritas. At first, the invitation sounded good: I imagined two or three salty drinks in the sun. Then I imagined the silver tequila bottle I knew I would buy right after I finished the margaritas. The truth was if I started drinking again I wouldn’t want to quit, so I told Liam I had to stay sober.

Our first year of sobriety was surreal, and the first time I tried to initiate sex after quitting drinking was embarrassing. I undressed so clumsily that Liam thought I was changing, not flirting.

“Are you going to take a shower?” he asked, confused.

“Yes,” I said, and rushed into the bathroom to hide. The power and continuity of my shyness made me want to vape. I avoided sex for months, which made me feel devastated. For me, sex was an adventure, a journey, gifts, all merged into one act. Without it, I felt hollow – as if a fundamental love language had disintegrated.

While Liam slept, I scrolled through old photos on Instagram to see if our wild nights were making us as happy as I remembered. In the photos, our smiles split our faces, our eyes were blurry, and our faces were shiny with sweat. A sharp twinge settled in my stomach: I missed the hazy nights, the feeling that sex was spreading everywhere. On my 28th birthday, Liam printed out two dozen photos from Instagram and taped them to the ceiling above our bed. They made me so sad that I took them off, one by one.

Although we barely had sex, sobriety undoubtedly improved our lives: we laughed more, talked more, and fought less. I established a daily writing routine. Liam planted a garden. We discovered new forms of intimacy: we drove to stores that sold weird stones, filmed silly videos, sang to our cat, and watched shows that we discussed in detail. Our physical distance made me notice the calm ways in which Liam expressed his love and attraction: how he looked at me when he didn’t think I was looking, the way he touched the back of my neck when he poured me tea.

We were lucky to have resources: housing, jobs, therapy.

Sober, we found the courage to ask and answer direct questions.

Did you want to have sex with other people? (Not now, but that could change.)

Do we still want to get married? (Yes, because we fought less.)

Were we still attracted to each other? (Yes.)

The sex started once we were confident that we could really talk. At first, our bodies found themselves only in the dark, in the middle of the night, in the strange space between the physical world and our dreamscapes. For me, sex took on a new meaning: it wasn’t just about adventure or performance.

The darkness gave my body space to feel, not to watch or be watched. I learned to stay present: in some ways, sober sex was like falling in love with someone I had loved before.

Now, sex is about fellowship, not just power; surrender, not just control. In this sense, sex is like the recovery process. It always makes me nervous, but nerves are anticipatory: I have something new to experience.

Yesterday I walked along a cliff by the ocean. As the sunlight left the horizon, I saw Liam standing next to a blue and white lighthouse in front of me. His shadow drew long lines on the orange succulents in the grass. I didn’t expect to see him and was surprised by the intensity of my excitement. I jumped up and down and ran towards him. He smiled, spread his arms and ran towards me too.

Amanda Lezra is co-founder and editor of Rough Cut Press, a literary journal that publishes emerging and established voices from the LGBTQIA community. Born and raised in Spain, Amanda is working on a bilingual collection of essays. His most recent work appeared in The Independent.

Do you have a compelling personal story that you would like to see published on HuffPost? Find out what we are looking for here and send us a pitch!

Need help with a substance use disorder or mental health issues? In the United States, call 800-662-HELP (4357) for SAMHSA National Helpline

A guide to Rachmaninoff’s Second Symphony and his best recordings