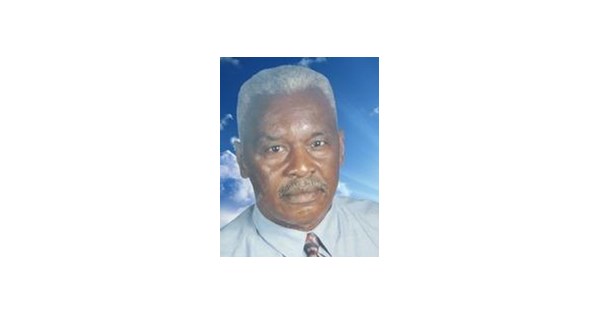 By Mark C. Anderson Last updated Nov 27, 2021
Share
Reverend Sammie Lee Gary
June 30, 1942 – November 23, 2021
Sumter, South Carolina – Reverend Sammie Lee Gary entered the Heavenly Kingdom of God on Tuesday, November 23, 2021 from Prisma Health Richland in Columbia, South Carolina. The Reverend Gary was the husband of the late Martha Ann Capers Gary. He was born in Sumter, South Carolina, to the late James W. Gary Sr. and Thomasina Geddis Gary on June 30, 1942.
Early in his life, Reverend Gary attended Winn School. He also graduated from Lincoln High School in 1961. Reverend Gary also received his Bachelor of Science degree in Social Studies. He also played football as a student.
From an early age he was a member of St. Luke AME Church. He was a devoted member of various ministries throughout the church. During this time, he responded to God’s call to serve as a minister. He also served in the army during the Vietnam War; in which, he also played semi-professional football as a tackle with the army.
Over the next 20 years of his ministry, Reverend Gary served as the pastor of the Friendship & Tabernacle AME Church Circuit (Gresham, SC), New Bethel AME Church (Bishopville, SC), St. Matthews AME Church (Lynchburg, SC) ) and St. John AME Church (Bishopville, SC).
In his early years, Reverend Gary was also a UPS Driver in New Jersey in the 1970s. Upon his return home, he served as the Director of Residence at Morris College. In addition, he was a radio DJ serving the Kingstree and St. George, SC areas. He was known as “DJ Garry The Soul Ambassador”. Reverend Gary was an educator for 25 years in the former Sumter School District Two. He was professor of history at Mayewood High School, then the remainder of his term at Manchester Middle School (Pinewood, SC) and Furman Middle School (Sumter, SC).
Reverend Gary was married to the late Martha Ann Capers Gary and from this union was born a son Sherrod Lee Gary of Columbia, South Carolina. He also has a daughter, Dr. Gloria Lee Ross Roberston of Forestville, MD. He also has a special niece and nephew Brenda P. Boykin and Charles J. Boykin of Columbia, SC. Reverend Gary also leaves to cherish his memories of a sister, Elizabeth Gary Butler of Sumter, SC and two brothers; Leroy (Gladys) Gary from Sumter, SC and James (Brendolyn) W. Gary Jr. from Sumter, SC. In addition, he leaves behind his in-laws; Harry (Shirley) Capers of Bronx, NY, William B. Lawrence of Bronx, NY, James (Helen) Capers of Jacksonville, FL, Wayne (Margaret) Capers of Sumter, SC and Grace Wright of Florida as well as a host of nieces , nephews and other relatives.
The public viewing will take place on Sunday, November 28, 2021 from 2 p.m. to 6 p.m. at the Mortuary of Job.
Funeral services will be held at 2 p.m. on Monday, November 29, 2021 at Salem Chapel & Heritage Center, 101 South Salem Avenue, Sumter, SC 29150.
Interment will follow at Evergreen Memorial Park.
Job’s Mortuary, Inc., 312 S. Main Street is in charge of the arrangements.
Online briefs can be sent to the family at the following address: [email protected] or visit us on the web at: www.jobsmortuary.net.

8 questions to ask a new therapist during your consultation