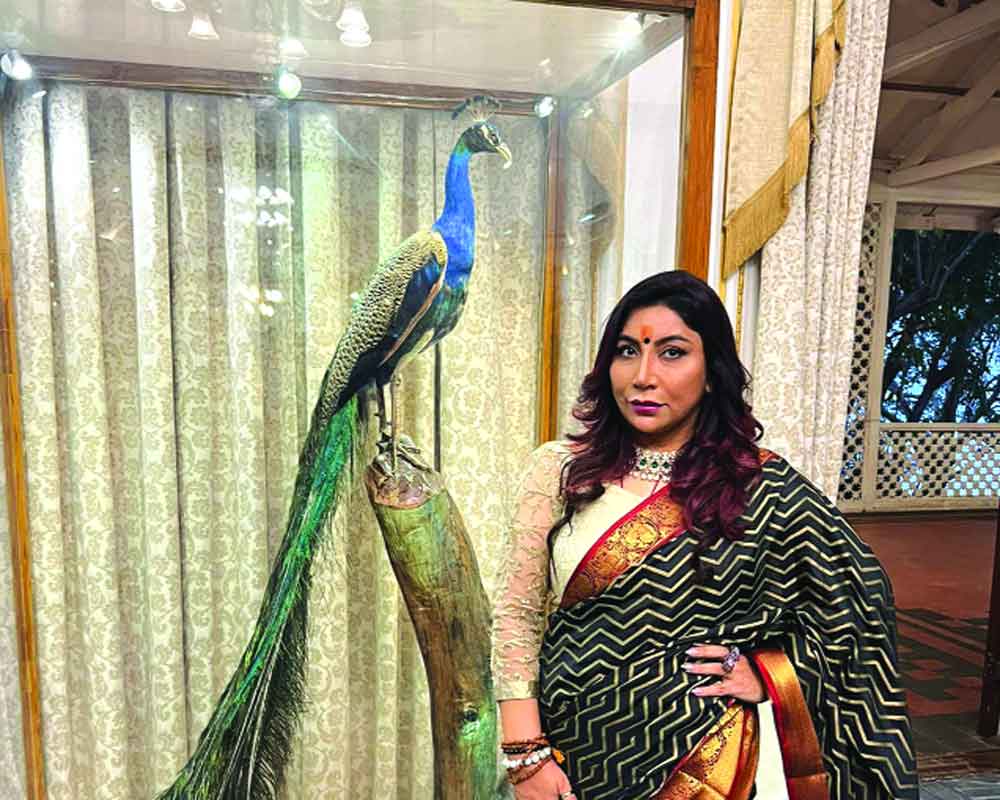 strong is the new pretty

It is no discovery that our lives are deeply intertwined with the undeniable power of numbers. DR Navnedhi Waddhwa, who is a revelation in the field of numerology, explains how she recently decoded Shark Tank India shark, Aman Gupta’s date of birth

The most interesting and inspiring stories in the world have many twists and turns and ultimately the triumph of the human spirit. And if there is anyone who also embodies this story, it is Dr. Navnedhi Waddhwa, who was born and raised in a small town in Rajasthan, Sadul Shahar. Dr. Waddhwa is a Certified NLP Mental Performance and Transformational Coach, Celebrity Numerologist and Graphologist, Vastu Consultant and Energy Healer.

Recently, Dr. Waddhwa decoded the shark tank number India’s most exuberant shark, Aman Gupta, co-founder of boAt Lifestyle, with numerology. Along with Gupta’s birth date, she predicted that he is an introverted man who takes time to warm up to others. The numbers suggest his personality is a mix of emotions and intelligence.

On the other hand, Gupta’s name totals up to the number 6, which although absent from his lo shu grid, is dialed from here. His business enterprise, boAt, totals up to the number 5, which is a very active number and is even associated with children. It shows that the universe is smiling at him and has consistently tipped a lot in his favor.

Additionally, he likes to dress up, and with the number 2 ruling his life, he has a fondness for movies. Any number that is not present in its grid has been reimbursed by the universe in one way or another. His personal number will be 3 after his birthday this year. This will open doors for him to develop his activity.

Dr. Waddhwa believes in the limitless potential of every human being. However, to access this potential and make the most of it, one must become aware and attentive to the offers of life. And therein lies the core of his work and, indeed, the journey of his life as well. Her story is just as inspiring as the work she does. It is a story of tenacity and courage. As a child, she was the victim of body-shaming and endured constant judgments for her looks throughout her adult life. In addition, she was ridiculed due to language barriers. Open up about your problems.

Dr Waddhwa says: “As a child, I was always under pressure to live up to other people’s expectations. I was embarrassed and didn’t feel very good about myself. I tried very hard to ignore the judgments. But the thing is, I had internalized the negativity. Judgments had become my inner voice.

Her trauma, however, went deeper, bordering on dyslexia. The widespread lack of awareness about the condition meant she also had to deal with stigma and struggle throughout her studies. “Because I had already faced so many judgments, I was not happy with myself. No matter what I did, it brought me neither happiness nor satisfaction,” she says.

She was caught up in the drama of all the negativity surrounding her, that she couldn’t notice her own abilities and gifts. One of those gifts was his acute intuition. Even as a child, she was attuned to the spiritual realm, as tarot cards often flashed in her dreams. But she never knew what that meant until much later in life. After marriage, when she finished her fashion studies, she became an extremely successful professional.

Dr Waddhwa tells us how his life was impacted as an adult. “I had my fashion studio and all of my clients, acquaintances and relatives loved and respected me and my work. But no matter how many accomplishments came my way, I was always struggling from within. Nothing didn’t make me happy.

She decided to look within and finally started asking herself the right questions. Was she really happy? And more importantly, what if his rock bottom could be the very basis for building his life from scratch. Thus began her healing journey which ultimately resulted in the radical transformation of her life. Embracing various spiritual and healing modalities, she began to gain a deeper awareness of her true self.

Dr. Waddhwa has acquired expertise in NLP, meditation and manifestation techniques, numerology, graphology, vastu, tarot reading and energy healing. Not only did she regain her health, strength and well-being, but she also became an established meditation and transformational coach, guiding many people all over the world through their life’s journeys. She trained with world renowned experts such as renowned author and celebrity coach Tony Robbins and renowned American author and co-founder of Neuro Linguistic Programming (NLP), Richard Bandler.

On her path to self-realization, she has won several accolades and made exemplary achievements in her field of work. In 2019, she was crowned Mrs Universe Asia Queen 2019. She received the Times Power Woman award and is among the forty most influential women. Last year, she was featured in Forbes in an article that elucidated her transformation journey. She is a recipient of India Today Excellence in Healthcare award for her work. That’s not all. Last year, she received the Lokmat Lifestyle Award, 2020, for divination and her work as a meditation guru. This year she was named Femina Power Brand, 2021. This year she is also honored with Governor of Maharashtra award.

Dr. Waddhwa continues to lead by example and inspire people to reach their full potential. With her expertise in NLP, meditation, and manifestation techniques, she has helped people around the world access the power of their unconscious, make conscious choices, and manifest their greatest life achievements.

Once a victim, the woman transforms and strengthens the lives of others