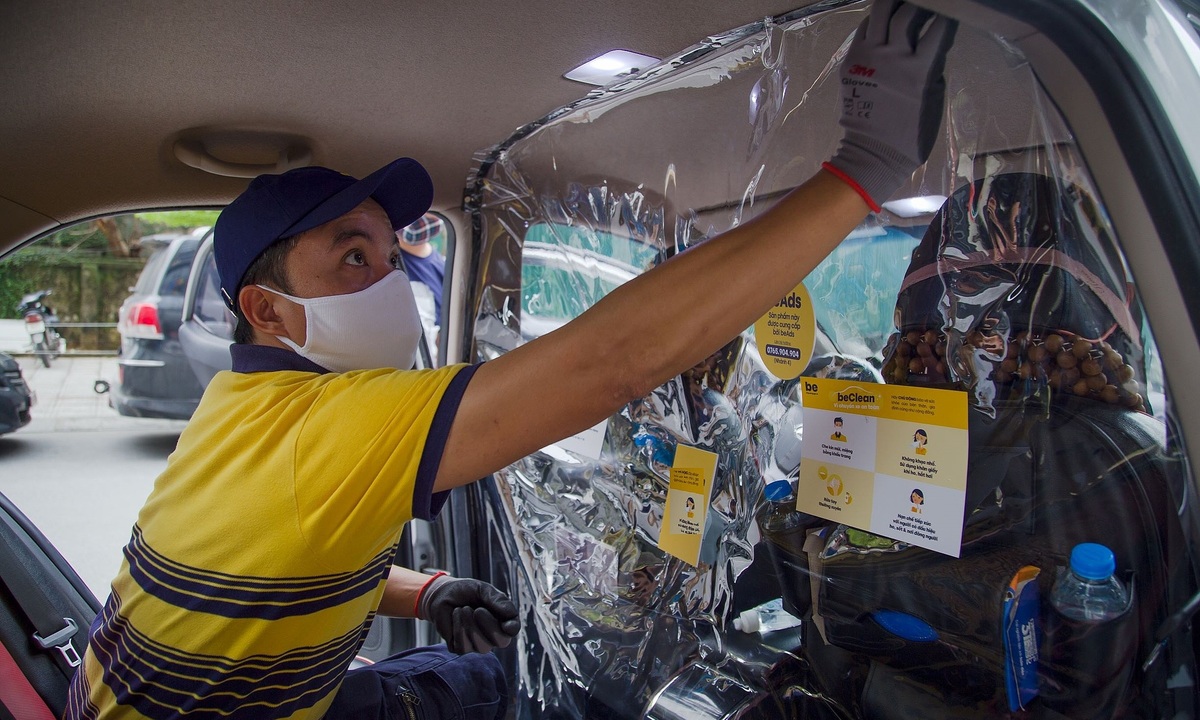 A driver from the Becar carpooling service disinfects the car before picking up passengers at HCMC, 2021. Photo by Be

The Ministry of Transport has drafted a bill amending the Road Traffic Act which will treat carpooling services exactly on an equal footing with taxi companies.

But with the rise of ride-sharing services in 2016, starting with Uber and Grab, then Be, GoViet and FastGo, people rightly point out that there is no legal framework to regulate them.

While taxis are subject to regulations on fares, vehicle identification, number of vehicles, tax obligations and employee responsibilities, ride-sharing companies are not.

But the new bill will change that, with the ministry saying all ride-sharing services will be classed as taxis.

He also said that organizations and individuals providing software services to support transport connections, which means companies such as Grab and Be, must have a commercial license and store transaction data for at least two years.

Ride-sharing companies will also be subject to regulations on vehicle lifespans and driving standards.

Nguyen Cong Hung, vice president of the Vietnam Motor Transport Association, said electronic contract vehicles with less than nine seats are basically taxis and should be handled like taxis, and there is no need to create new laws for them.

The ministry will seek approval of the bill from the National Assembly in May.