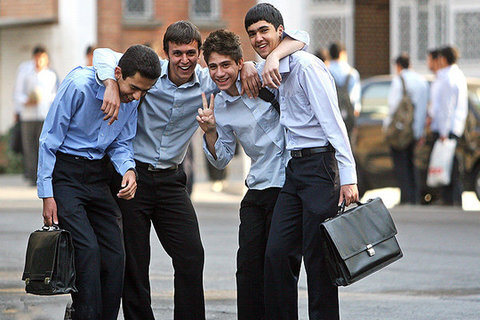 TEHRAN – The Ministry of Education has taken action in line with the implementation of the “Family and Youth Support Law”, said Zahra Panahi-Rava, an adviser at the Ministry of Women and Family.

By a decree of President Ebrahim Raisi, the “Law on Family and Youth Support” approved by the Majlis (Iranian Parliament) was notified to the Ministry of Health and the Vice Presidency for Women and Affairs family.

The Guardian Council approved legislation on November 17 last year to implement a 7-year population growth and family support plan to change the downward trend in childbearing.

Various tasks have been assigned to executive bodies in this law, and in addition to some articles that have a general aspect, articles 33 and 34 are specific to the Ministry of Education, Panahi-Rava noted.

“We have planned programs in various areas, from health and physical education to education and literacy,” she said, expressing hope to take the first steps this year.

According to article 33 of this law, the Ministry of Education is required to take measures in cooperation with the Islamic Propagation Organization and within the framework of the approvals of the Supreme Council of the Cultural Revolution, to implement the Document fundamental educational reform.

Training and education in skills related to the Islamic-Iranian way of life, the development of personal and social personality, individual skills, the promotion of the culture of marriage, family, procreation and responsibility training and family excellence are part of those measures, she explained.

Article 34 also stipulates that the Ministries of Education and Science are required to create, expand and strengthen the fields of study in all universities in the country in accordance with the status and role of family and women. based on Islamic-Iranian culture, such as home and family management.

The fertility rate fell to 1.71 children in the [Iranian calendar] the year 1399 (March 2020-March 2021), reaching below replacement level, according to the report released by the Statistical Center of Iran.

The replacement level is the amount of fertility needed to maintain the same population from one generation to the next. It refers to the synthetic fertility index which will result in a stable population without it increasing or decreasing.

Nicholas Eberstadt, Henry Wendt Professor of Political Economy at the American Enterprise Institute (AEI), wrote in an article in July 2020 that the fertility rate in Iran had fallen by 70% over the past 30 years, which was the biggest drop in human history.

Seyed Hamed Barakati, the former deputy health minister for family and school population, said in May 2021 that Iran’s population growth rate had fallen to less than 1% for the first time in recent years. last four decades.