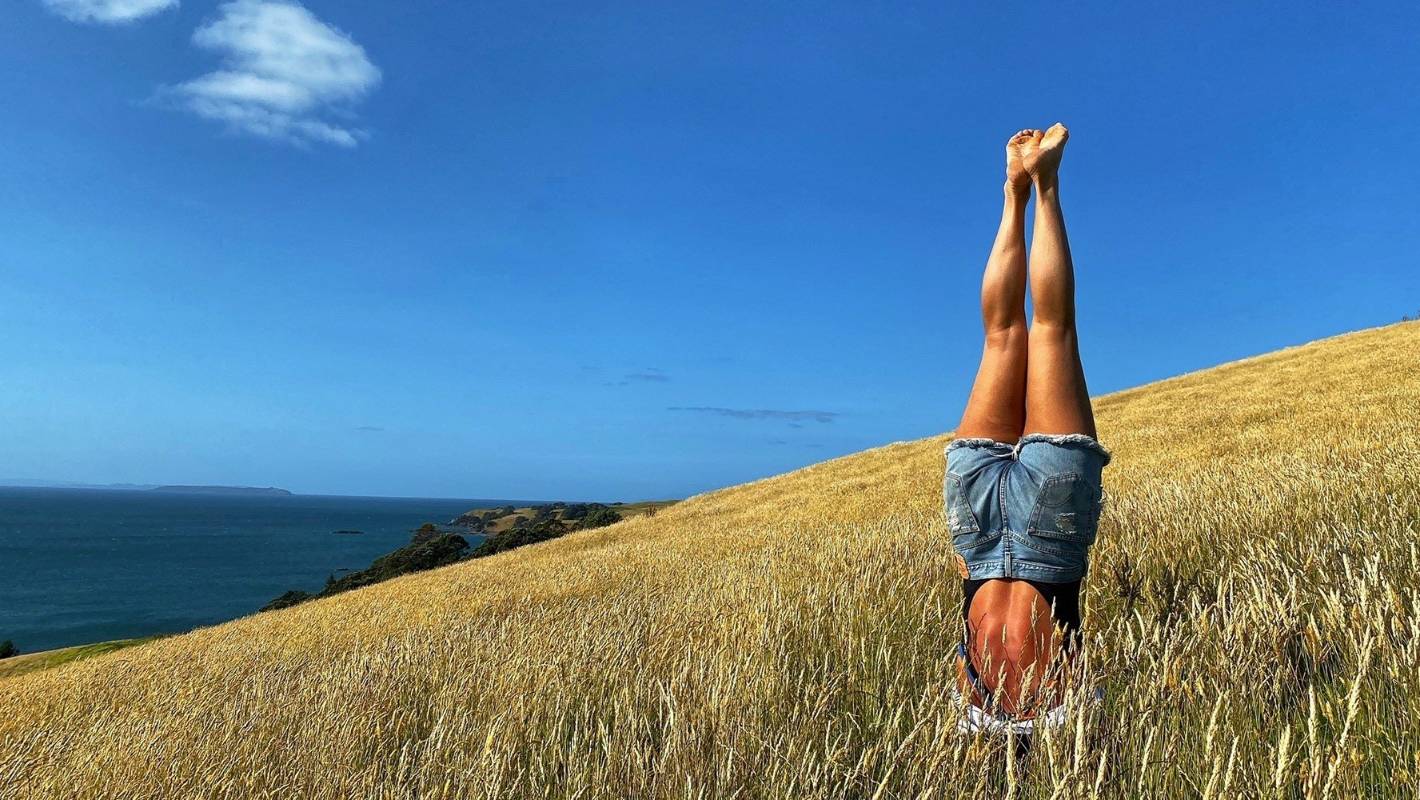 Rebecca Wadey was a typical 26-year-old ‘party girl’ when she discovered a lump on her chest in 2003.

That lump turned out to be breast cancer, a diagnosis that ultimately led her on a lifelong journey of wellness.

The day of his diagnosis, March 26, was a Friday. After hearing the news, Wadey, who is the co-founder of Ensemble, a style and culture website owned by Stuff, went on a bender, smoked too many cigarettes and went on a road trip with her boyfriend from six weeks in Rotorua the next day. daytime.

On Sunday, her doctor called to go over the intense treatment process she was about to go through, and Wadey says she went into a kind of “fighting mode.”

READ MORE:
* Room review: Bring wellness home to Wairua, Waiheke
* Why Gwyneth Paltrow’s “body whisperer” traded Hollywood for the good life of Wānaka
* Just me, my chakras and a lemur or two
* Raising boys in the wake of #MeToo

She underwent a mastectomy in early April of that year, followed by three months of chemotherapy. Then came radiotherapy and hormonal treatment.

“I tried to keep drinking during my chemo because I didn’t want my friends to think I was different and I didn’t want to change my life too much,” she laughs.

But she also fell in love. Her boyfriend, Ant Timpson, was 36 and she was 26. He helped found her, she says, and her home provided her with a project in the form of an overgrown garden.

Instead of spending mornings nursing a hangover, she started weeding and planting. Wadey remembers that time in the garden as his first step in managing his mental health through nature.

She describes the relationship with Timpson as a “beautiful little love story that takes place in the background” during one of the worst times of her life. The couple are now married and have two sons, aged 12 and 14.

Health alerts continued, however. In 2006, symptoms thought to be ovarian cancer turned out to be endometriosis.

Despite being told she was unlikely to ever have children, Wadey became pregnant with her first child shortly thereafter but, at 36 weeks, blood tests indicated she was “in the process of to die of secondary cancer.

“I had no way of proving I wasn’t because you can’t do tests while pregnant. I had to live with this stress during the pregnancy.

It wasn’t until the birth of her second child that Wadey realized the toll of the previous seven years on her mental well-being.

“I just needed to figure out how I could live with it. [all the health scares] without it taking over and consuming me,” she says.

“How can I deal with all the stress and anxiety that the doctors have told me, and how can I control my body?”

She also knew she wouldn’t be the type of person to live on a raw vegan diet or have a rigorous, rigorous exercise routine.

“I don’t like to sweat,” she laughs. “It wasn’t sustainable and it wasn’t realistic.”

Wadey has quit her party days, but admits she still loves a good cocktail with dinner. It tastes amazing. This makes her slightly drunk, but she wakes up without a hangover. This balance is essential, says Wadey.

She’s adamant that wellness is “as much about fish and chips at the beach as it is a green smoothie after yoga.” Her own journey into a life of wellness required experimentation and research, and she says there is no one-size-fits-all answer.

“I like to experiment and find what works. Maybe it’s yoga or pizza…for me, it’s definitely nature,” she says.

Learning to control his anxiety was key. Wadey has a tendency to overthink when his body feels “off”.

This anxiety is something she has gained control over – partly through hypnotherapy, something she discovered at a health retreat that has worked wonders for her.

It might not be for everyone, she says, explaining that wellness is like a “buffet” — people should take what works and leave what doesn’t.

In 2014, Wadey opened a wellness studio, The Centre, in Auckland. She offered free yoga classes to cancer patients and “lost a lot of money”, before closing the studio a few years later.

After that, she and Timpson packed up and moved to Coromandel, where Wadey was able to reconnect with nature and the ocean.

“I didn’t work out…I swam in the ocean every day and felt amazing, but you can’t do that every day.”

She isn’t shy about pointing out her privileged position of being able to escape to the ocean or for retreats, but insists that well-being comes at no cost. For Wadey herself, being in nature is the thing that motivates her the most.

“There is huge white privilege and then there are hippie vibes. Where is the happy medium? She insists that common ground exists, it just takes some research to find it.

Wadey loves paddleboarding and yoga. She’s been known to combine the two when no one is looking. She does pilates and she loves matcha lattes.

Originally from Coromandel, she has a strong affiliation with nature and the beach. But her favorite family outing is a trip to Duck Island for ice cream.

“I think what wellness is missing for a lot of people is joy,” she says.

Although Wadey knows that healthy living plays a huge role in her physical and mental health, she admits she still has bad days.

“It’s always in the back of your mind. You are never free from it. You find things to help you deal with it along the way, but it never really goes away,” she says. “It’s hard to turn it off.”

It was this understanding of the effect of stress and anxiety on her own health, and her methods of regaining control, that prompted her to discover how others deal with their own well-being and stress, day in and day out. the day.

In his new column, Well and Truly, which launches next week, Wadey will speak to a series of successful people, including Stuff CEO Sinead Boucher and The Arts Foundation Te Tumu Toi Executive Director Jessica Palalagi.

She hopes that by doing so, she will gain information that she hopes “people can take inspiration from.”

Wadey points out that the column will be very real and focused on “how people do…” on a day-to-day basis, such as sleep routines and stress management.

“It’s not about the aerial wonderland of well-being, it’s about the practicalities.”