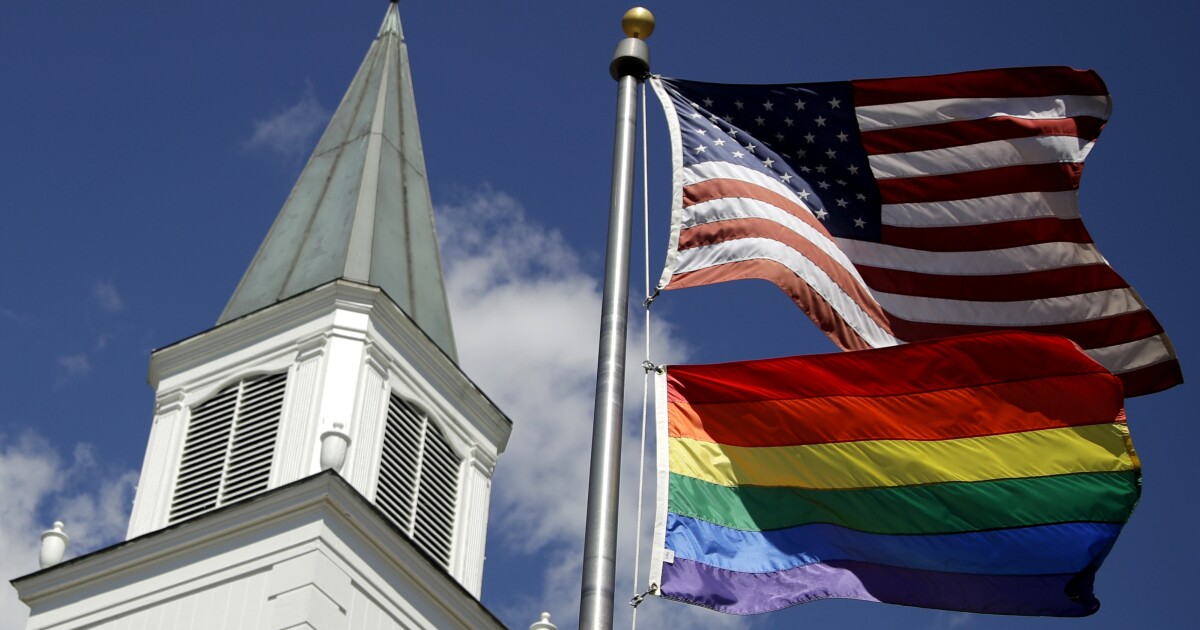 When Houston-based Bishop Scott J. Jones sees divisions or disagreements among his fellow parishioners, he often reflects on the words of John Wesley, the founder of the Methodist movement in England.

Jones is likely reflecting more on Wesley’s famous reflection this month after a historic split in the United Methodist Church, a Protestant denomination with more than 6 million members in the United States.

“I think we will experience a significant split across Texas, with mainstream churches affiliated with the Methodist World Church,” said Jones, whose conference includes more than 600 congregations and nearly 300,000 members. “It will take several years for everything to fall apart, but we are going to see a major split.”

Jones said the church officially prohibits same-sex marriages and members of the LGBTQ community from being in ministry, but several bishops and conferences have willfully disobeyed those rules for some time.

“So the traditionalists in the church decided it was time to move on rather than wait for the next general conference,” he told The Texas Newsroom.

This general conference has been postponed to 2024 due to the COVID-19 pandemic. On its website, the World Methodist Church said it had decided to establish itself beforehand.

“Leaders of The United Methodist Church have not made timely arrangements for a general conference to be held in 2022, and have therefore postponed it a third time,” the statement read. “The Transitional Leadership Council has decided that it should launch The World Methodist Church this year so that local churches, annual conferences and central conferences wishing to join can do so as soon as possible.”

The statement adds that for the next 12 to 18 months, the GMC will be a “church in transition” as it prepares for its calling conference.

Bishop Thomas J. Bickerton, who was named president of the UMC Council of Bishops last month, said the United Methodist Judicial Council ruled on Tuesday that an entire conference cannot disaffiliate. of the UMC. But current rules allow individual churches to decide to leave over time, making it difficult to predict how many churches will eventually join the GMC.

“It’s a regional response, really. It depends on where you are,” he told The Texas Newsroom. “We believe the majority of departures will be in the southern and south-central United States, where a large concentration of conservatives reside.”

He posits that Texas will likely see more disaffiliations for this reason.

“We expect the Texas conference to be one of those with significantly higher percentages,” he said.

Prior to the UMC Judicial Council’s decision, the Lubbock-based Northwest Texas Conference had to decide whether to leave the UMC at its annual conference this summer. The conference had approved a nonbinding resolution last summer announcing its intention to join a conservative church, Religion News Services reported.

Churches at the Rio Texas annual conference, which includes Austin to the Rio Grande Valley and parts of West and South Texas, “have expressed an interest in learning more about the disaffiliation process,” said spokeswoman Mary Catherine Phillips.

“The process is long and includes a time of discernment, education and prayer. We would not be able to speculate on a total at this time,” she said.

Although the process will take time, the World Methodist Church believes that many congregations will migrate to the more conservative and traditional faction.

“Many United Methodists have grown impatient with a denomination that is clearly struggling to function effectively at the general church level,” the Reverend Keith Boyette, chairman of the Transitional Leadership Council and president of the Wesleyan Covenant Association, said in a statement. published on the GMC website. .

“Local churches and theologically conservative annual conferences want to be free from divisive and destructive debates, and have the freedom to move forward together,” Boyette added. “We are confident that many existing congregations will join the New World Methodist Church in waves over the next few years, and new church plants will spring up as faithful members leave the UM Church and merge into new congregations. .”

“They challenged our policy, our approach and our administration and created their own set of rubrics and protocols, if you will. So it goes way beyond the issue of human sexuality,” he said. “And while we wish them no ill will, there is a sense of disappointment that they have decided to leave.”

For Bishop Jones of the Texas Annual Conference, the best way forward is to respect and listen to the concerns of each church in the conference.

“I try to bless all of the churches in my conference — whether progressive, traditional or intermediate — and help them find their best ways to serve Christ and further their mission,” he said.

But, he added, it will not come without pain. When asked if he laments the split, Jones didn’t hesitate.

“It breaks my heart. I am a fourth generation Methodist preacher, and I have worked for the past 18 years to prevent this. But it will happen now,” he said.

KERA News is made possible through the generosity of our members. If you find these reports helpful, consider making a tax-deductible donation today. Thank you.

Do you have any advice? Email Julián Aguilar at [email protected] You can follow Julián on Twitter @nachoaguilar.