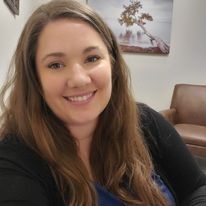 Miller said she noticed signs and symptoms with her first child, but didn’t seek help until her second child was seven months old.

“She [her doctor] started me on medication and referred me to the perinatal program,” she said. “When I got a call from them they said, well, I’m sorry to tell you, but our waiting list is six months and we only take people until by the time their baby is one year old.”

Miller decided to pay for therapy out of pocket and that’s when everything changed. She received neuro-linguistic programming and decided to become certified in therapy for herself.

She said working in the hospital during the pandemic was the catalyst that pushed her to qualify to help others.

“I love watching these people grow and flourish and I wish I had that when I was going through it,” Miller said.

In a statement to CTV News, HSN spokeswoman Krista Lennox-Fryd said referrals to the hospital’s perinatal mental health program have increased 29% over the past year.

“While our programs are making every effort to see people as soon as possible, due to a high volume of referrals, patients may be placed on a waitlist for services,” the statement said.

“The waiting list for the perinatal mental health program is currently two months. If mothers need support sooner, they can follow up with their primary health care provider or other community support programs.

Unni Kleppe, who was able to get help from the program, said it helped her immensely.

“I have to say that I was very proactive in getting help,” Kleppe said.

“If I didn’t hear from them I would call. When I was first turned down I spoke to my doctor straight away and she helped me. I really believe we We need to focus more on mental health care – like prenatal care – during pregnancy care and postnatal care because it’s hard to navigate.”

As a registered nurse, Miller said sometimes health benefits won’t cover the services she provides, but she hopes to implement a rolling fee scale so she can help as many people as possible.