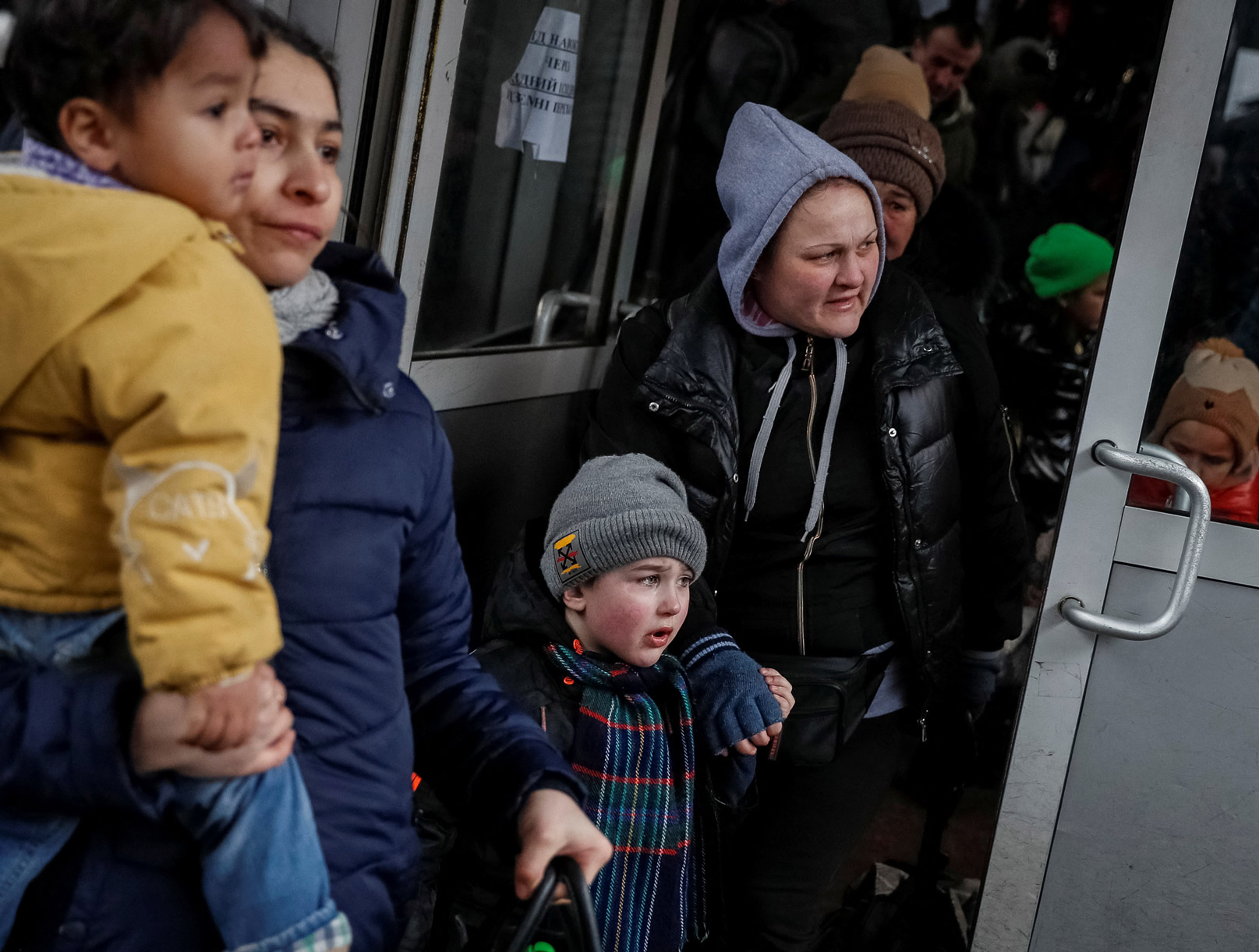 As the war enters its third week, the toll of destruction and death mounts. If you just read, here are the latest Russia-Ukraine developments:

Evacuated residents killed: A Russian military strike hit an evacuation crossing on the outskirts of Kiev on Sunday, killing a family with two children and several other civilians trying to flee the Russian invasion, according to the city’s mayor.

Two mortar or artillery shells hit the checkpoint in the suburb of Irpin, northwest of Kiev, Ukrainian authorities said, which has been the scene of intense shelling by the Russian army in recent years. days.

Irpin Mayor Oleksandr Markushyn said eight civilians were killed in the district, and international media filming at the checkpoint reported that a shell landed as a stream of civilians passed.

A fiery Zelensky: Ukrainian President Volodymyr Zelensky has accused Russia of planning “deliberate murder” when bombing Ukrainian territory. Speaking in a Facebook video on Sunday, Zelensky added that “God will not forgive” on “Forgiveness Sunday”.

Zelensky said he had heard nothing from allies on Sunday.

“And I haven’t heard a reaction from any world leader today,” he said. “No Western politician. There are no reactions to this announcement. Think of the occupiers’ feeling of impunity: they announce the planned atrocities. Why?”

Nuclear fears: French President Emmanuel Macron and Russian President Vladimir Putin discussed the safety of nuclear power plants in Ukraine, according to a Kremlin reading of the appeal.

Macron also spoke with Zelensky afterwards, reiterating “the absolute necessity to avoid any attack on the integrity of Ukrainian civil nuclear installations”.

Russia steps up its assault: Russia has fired a total of 600 missiles since the start of the invasion of Ukraine, a senior US defense official said, and Russia has committed about 95% of its accumulated combat power inside Ukraine.

The United States observed continued fighting in Kherson and Mykolaiv on Monday, the official said, and Russian forces are still trying to surround Kiev, Khakhiv and Chernihiv, as well as Mariupol.

Anti-war demonstrations: At least 4,640 people were arrested in Russia on Sunday for taking part in anti-war rallies across the country, according to an independent human rights monitoring group that tracks detentions.

Protesters in St. Petersburg, Russia, were violently beaten by police, videos posted on social media. CNN has geolocated and verified the authenticity of the videos, taken on Sunday evening.

Companies withdraw: Netflix said Sunday it will stop selling and providing its video streaming service in Russia for the time being. Major Hollywood studios have also postponed the release of new films in the country. Earlier Sunday, TikTok and American Express also suspended service in Russia.