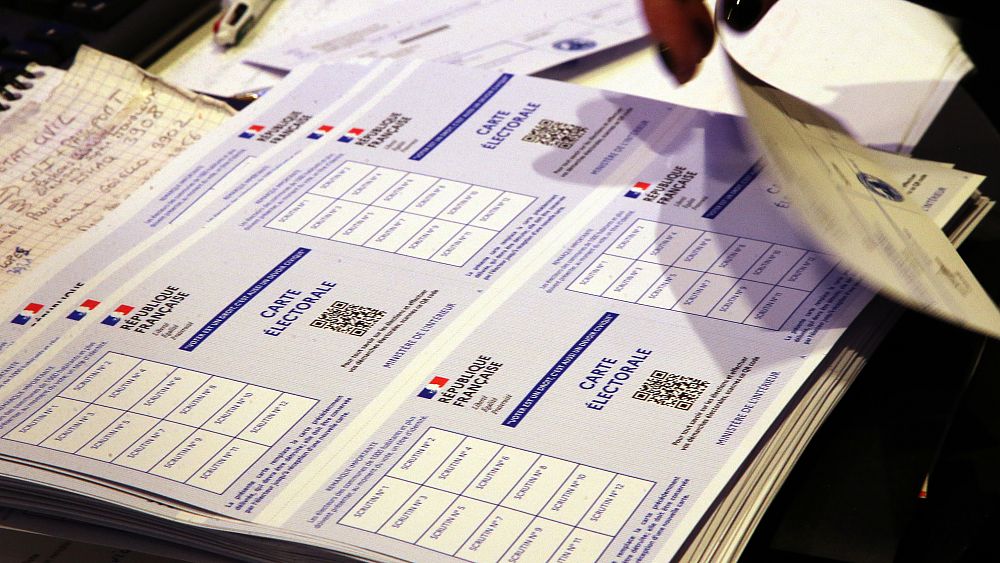 French elections 2022: misinformation spreads online ahead of the first round of voting

Amid Russia’s invasion of Ukraine and in the wake of the devastating COVID-19 pandemic, emotions in the French political sphere are arguably stronger than ever.

Analysts have suggested that the upcoming presidential election in 2022 carries more weight than ever for Europe, given that France holds the European Union presidency until July.

As is often the case with election campaigns, misinformation and misrepresentation have seeped into political debates and conversations online.

Thousands of social media users shared the false claim that Dominion’s electronic voting equipment would be used to validate the results of the first ballot, even though France never used the company during elections.

The Canadian company had been falsely accused by former US President Donald Trump and his supporters of facilitating widespread voter fraud in the 2020 election.

Some far-right accounts – echoing Trump’s claims – had expressed concerns about Dominion being used to manage the elections in France.

Facebook, Twitter and Vkontakte users relayed claims by the Russian Foreign Ministry that the election was “totally rigged”. Rumors led to the word “Dominion” becoming a trending topic on French Twitter in mid-March.

But the French Ministry of the Interior categorically denied the use of Dominion systems.

“The Department of the Interior has not and has never used the services of the Dominion Company in connection with the organization of the elections,” a statement said.

“The results of the counting of the votes in each municipality are communicated in real time (…) by means of computer systems for centralizing the results developed by the [ministry] computer services for several years.”

“[These] are subject to tests and security approval from the National Agency for Information Systems Security (ANSSI), in particular to avoid any attempt at manipulation.

Dominion does not reference any contract with French authorities on its website, while Paris said it does not use outside services to count ballots.

Unsubstantiated rumors of “election fraud” are not uncommon in Europe and have recently surfaced ahead of elections in Germany and the Netherlands.

French President Emmanuel Macron has previously warned that election disinformation poses a threat to democracy and argued that those responsible for spreading “fake news” online should be held accountable and possibly brought to justice.

The French government created a specific agency last year to tackle foreign disinformation, while independent fact-checkers have also stepped up their efforts ahead of the April election.

“Voting misinformation continues to thrive online — in the United States of course — but in Europe too,” China Labbe, NewsGuard editor, wrote in 2020.

“And just as it threatens the essence of American democracy, it also threatens to sow distrust in the electoral process in Europe ahead of a crucial election.”

MyTee People – A brand founded on the power of positive thinking and the power of belief launches its collection on April 6, 2022