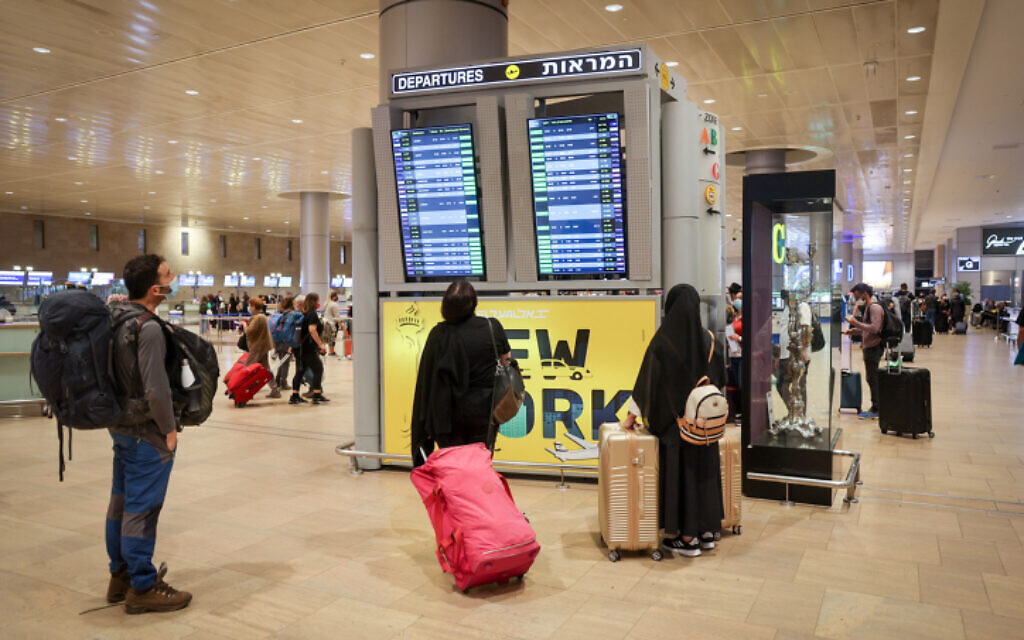 Switzerland on Saturday became the first country to impose new restrictions on Israelis arriving in the country, after a case of the new Omicron variant of COVID-19 was discovered in the country, alongside three other suspected cases and fears that others might already spread in the population.

Switzerland said anyone entering the country from Israel, Belgium, Hong Kong and many African countries should test negative and be quarantined for 10 days upon arrival.

“This also applies to people vaccinated and cured,” said the press release from the Swiss Federal Office of Public Health.

Measures to restrict arrivals from Israel were apparently being considered by other countries, as governments rush to get ahead of Omicron, which is said to be highly contagious and perhaps better able to bypass vaccine protection than other strains.

Israel was among many countries to ban the arrival of foreigners from most African countries in recent days. The highly mutated Omicron was first identified in South Africa.

By registering, you accept the conditions

The country still allows the return of Israelis who had previously left for those countries, but maintains strict quarantine measures. All arrivals from so-called “red” nations will be handled by the smaller terminal 1 of Ben-Gurion airport, in order to keep them away from the majority of passengers. They will then have to self-isolate in state-run quarantine hotels.

The government coronavirus cabinet was due to meet on Saturday evening to consider new measures to curb the spread of the new variant. According to Kan News, Prime Minister Naftali Bennett prefers to shut Israel off to foreigners entirely due to the emergence of Omicron (Israel did not fully reopen to vaccinated tourists until November 1). But Channel 12 reported that most ministers currently do not support such drastic action.

Beyond the airport, another area of ​​concern is the education system, where health officials fear the outbreak may be the largest.

Bennett said on Friday the government “prepared for every scenario” regarding the new strain, and advised Israelis generally to avoid travel abroad. But he said there were no immediate plans for a lockdown.

Dr Sharon Alroy-Preis, chief of public services at the Ministry of Health, said on Friday that vaccinated people who contracted the new variant generally appear to have only mild illness.

“We are not in an emergency situation, but we are in a worrying situation with a variant that is developing very quickly,” Alroy-Preis told Channel 12. “We see it mainly in South Africa and in the neighboring countries. [African] States. And we just act quickly to make sure we don’t hit an emergency. We recognized this early on… The question now is how to ensure that other dangers do not enter Israel.

She added: “We recommend that the flow of tourism be reduced, but still let the Israelis travel… But we don’t know everything about where the variant is in the world… and therefore the recommendation of the Prime Minister and ours at the Ministry of Health to minimize non-essential travel. 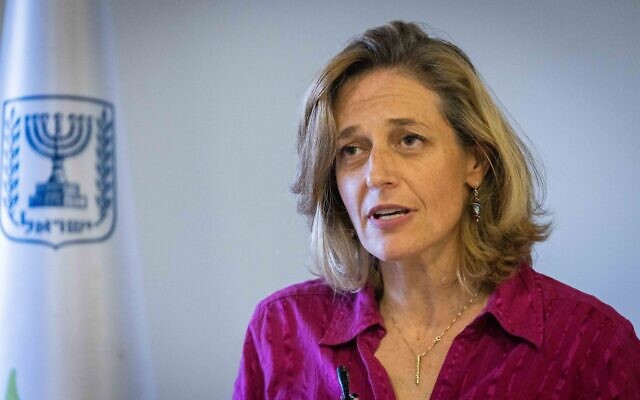 In an interview with Channel 12 on Friday, government coronavirus czar Salman Zarka said he had recommended expanding the no-fly list to other countries outside of Africa.

“We will be looking at other countries, especially countries that serve as hubs for passengers from Africa, like Turkey, perhaps,” he said.

Read: What is the new COVID variant in Africa, and why are scientists so worried?

Zarka went even further by urging Israelis to stay at home, in a remark recalling previous waves of the virus.

“I recommend that the Israelis stay at home, wear a mask, do not enter overcrowded spaces and especially to get vaccinated,” he said.

The government has asked the Israel Defense Forces Home Front Command to locate all those who have arrived from affected African countries over the past week and order them to self-isolate immediately. Home Front Command soldiers will also perform home virus testing, the prime minister said.

He also called on authorities to speed up the process of sampling sewage throughout the country to detect whether the new strain is spreading widely in Israel.

“We are at a point of concern,” Bennett said at the press conference after announcing the government’s plan to combat the new variant. The variant “is so worrying that after tens or hundreds of strains examined, it has led the health ministry and epidemiologists in Israel and around the world to raise red flags.”

At the press conference, Health Minister Nitzan Horowitz called on Israelis who recently returned from countries now on the “red” list to get tested immediately. 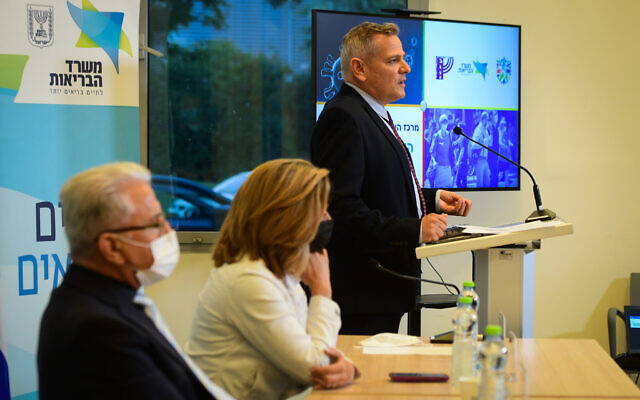 Health Minister Nitzan Horowitz speaks at a press conference near Tel Aviv on November 9, 2021. In the middle is Sharon Alroy-Preis, head of public services at the health ministry, and to his right is Salman Zarka, the national coronavirus czar. (Avshalom Sassoni / Flash90)

“We researched such variations and took into account that another might arise,” Horowitz said. He said samples of inbound travelers at Ben-Gurion Airport would be tested for the new variant.

Earlier on Friday, in a meeting with Horowitz and experts, Bennett said that “the overarching principle of the government at the moment is to take swift and strong action now, especially regarding the entry and exit of Israel, until the situation becomes clearer. “

“When that is the case, we will decide what to do,” he added.

The prime minister acknowledged that there may be an economic price to some of the measures the government may take to curb the new variant, but said authorities will help those affected by the restrictions.

The first case of the strain was detected in Israel after a person arrived from Malawi, the health ministry said on Friday.

Three other people are also suspected of being infected with the new strain, Bennett said. He added that there are probably more cases going undetected in the country.