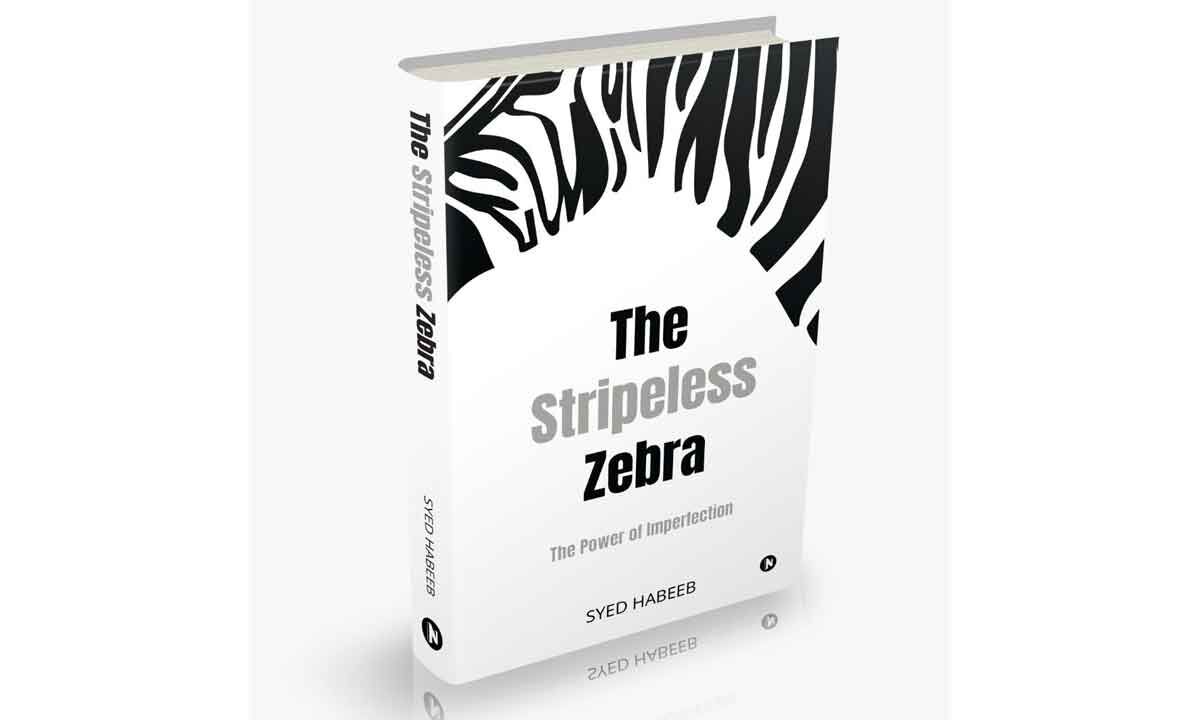 Your imperfection makes you unique

Bengaluru: Perfection is a human concept though; imperfection is a natural element that many of them do not admit. “One of the basic rules of the universe is that nothing is perfect. Perfection simply does not exist…without imperfection, neither you nor I would exist”, is a popular quote by Stephen Hawking . Here is a book, The Stripeless Zebra by Dr. Syed Habeeb, which tells the story of an imperfect zebra who discovers his true self.

Dr. Syed Habeeb (Coach Habeeb) is an author, international leadership coach and motivational speaker. He is the author of The Warrior Within You and Tie your Camel: The Art of Giant Goals and now he has come out with his latest book The Stripeless Zebra, published by Notion Press. This book tells how an imperfect zebra who is rejected by his zeal, fights against the difficulties to discover his true self. In the process, he plays a key role in bringing his zeal back from the brink of extinction.

“The story evolved as I reflected on my past and simulated it through The Stripeless Zebra narrated by the protagonist, Hatim. Hatim struggles with ‘choices’ and ‘decisions’ and is also obsessed with being ‘perfect.’ He takes a sabbatical and travels to Tanzania with a tour group. He loses his way in the desert and fate opens up an incredible life-changing apprenticeship for him. a zebra without stripes. He is about to be killed by a cougar but is saved by the zebra without stripes.

Hatim implements learning the zebra without stripes to build himself and an amazing team of different-minded individuals. The culmination of Hatim’s learning is apt for young students and professionals to make course corrections to regain control of their lives,” Dr. Syed Habeeb told The Hans India.

Stories are everywhere, you can get an idea of ​​a story by imagining, observing and listening. Habeeb says he found a story through the experiences of others and reflected on a similar experience he encountered. “A lot of young people and young professionals I work with struggle with making decisions, identifying with each other and working as a team. It was a spectrum of the public that made me think about this.

On the other hand, my daughter, who is 13, went through a similar struggle to identify with school, often facing rejection and criticism, and was unable to work with others. At home, we have a tradition of storytelling before bedtime. One evening, when she asked me for a story, I reflected on the similar struggle I had faced in my youth and my career. So, I came up with a metaphorical narrative that hit me out of the blue and inspired me to write The Stripeless Zebra,” he explains.

“The idea was germinating last year after the launch of my second book Tie Your Camel. However, I started writing in January 2022. It took me four months to write, revise, edit, design and publish. I seem to have improved with my storytelling and writing skills. By far, this book is my best storytelling – while I only kept it to within 200 pages, which is a “one-flight read.” back and forth” – crisp, precise but impactful. The narrative is positioned as fiction but big chunks of the story are taken from real life,” he says.

Her latest book is about embracing your imperfections and making logical decisions in line with your principles and values. “While The Warrior Within You simplifies the concepts of NLP (neurolinguistic programming) and Tie Your Camel highlights a step-by-step process for embarking on giant goals, The Stripeless Zebra tackles a very important aspect of human development.

It is a metaphorical story that offers the reader advice and simple solutions that allow him to accept his imperfections. It also encourages him to stand firm and make decisions in accordance with the principles and values ​​he believes in while finding and building an ideal team. The narrative is relatable, inspiring and practically applicable,” he adds.

He also started work on The Warrior Within You – 2, which tells the story of a woman who manages the odds while bringing out the best in herself.

BEVERLY MODELS: REALIZING THE IMPORTANCE OF TRUE INCLUSIVENESS AND DIVERSITY TO BECOME THE BEST MODEL AGENCY IN THE WORLD